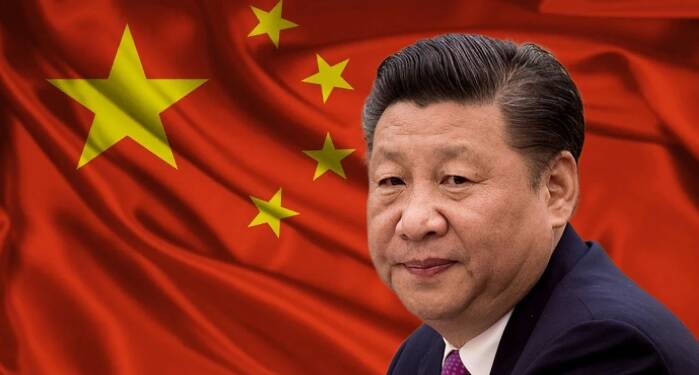 We have simply forgotten the number of times when Xi Jinping administration has threatened to re-unify China and Taiwan, even by use of force, if necessary. The Chinese People’s Liberation Army (PLA) too is in the habit of flying its fighter aircraft into Taiwan’s defence identification zone.

But one thing is clear- China won’t invade Taiwan. Why? Let’s find out.

Let’s face it, even apart from the sanctions, wars are expensive. You have to ramp up manufacturing and spend heavily on your defence infrastructure. The burden falls squarely on your economy.

Presently, China is in no position to spend heavily though. The Chinese real estate crisis has been only deepening further. Yes, inflation has slowed down but coal prices are rising again, which means the power sector could face a renewed crisis and manufacturing could become more expensive.

Also, crude oil and natural gas are already getting very expensive. So, energy and transportation costs will go up. China is staring at increasing inflation and cannot afford a war.

You cannot compare Taiwan to Ukraine. Yes, Taiwan is small. Yet, unlike Ukraine, Taiwan is armed to teeth.

Taiwan consists of over 100 islands, some of them too small to be spotted on a world map. But the point is that Taiwan’s outer islands are dotted with missiles, rockets, and artillery guns. Taiwan’s granite hills too are home to tunnels and bunker systems.

So, if PLA troops land on the island nation, they will be greeted with rampant artillery shelling, gunfire from heavily defended bunkers and devastating missiles. Taiwan’s defences have been strengthened by several years of American military assistance and therefore invading Taiwan will be a bloodbath for the PLA.

The US may be going soft under Biden. However, Japan has vowed to defend Taiwan against Chinese military aggression.

And defending Taiwan is a matter of Japanese policy. This comes straight from Japan’s top political figure- Shinzo Abe. No matter who leads the Japanese government, Japan will come to Taiwan’s rescue. So, China won’t be fighting only a small island but also one of the biggest superpowers in the world.

And if Japan gets involved, the US might have to do something at least in terms of military assistance.

Also, it is not just Japan that will come to China’s rescue, but also the entire Quad minus the United States of America. The Quad insists on maintaining the status quo in the Indo-Pacific and has said that its forceful alternation isn’t acceptable.

So, if China invades Taiwan, it won’t be similar to Russia invading Ukraine while NATO maintains a safe distance. You can expect India and Australia to join Japan’s efforts at repelling Chinese aggression against Taiwan. So, China won’t really take the risk of facing three big military powers together.

As the Russia-Ukraine war showed, the world doesn’t have any appetite left for wars. This is why Russia got sanctioned left, right and centre.

For China, things get tricky here. It has $1.6 trillion at stake with the EU and the US. And if China actually attacks Taiwan, then the US and the EU will be compelled to sanction Beijing. ASEAN, Japan, South Korea, Australia and India too will follow and China would end up losing trillions of Dollars.

Read more: While Biden sticks to One-China policy, Republicans threaten to sanction China if it tries to invade Taiwan

Now, this is something that no country can afford, especially if its economy is in a tailspin as is the case with China.

Any war required a national mobilization of emotions. You need irredentism and a ‘rally around the flag’ emotion. Can Xi manage that? Well, no. Do you want to know why? Let me tell you.

No matter what China tells you, the reality is that a number of people in the country are still dying due to frequent COVID-19 outbreaks. The economy is down and people aren’t really in a prosperous state. What is the last thing they want? A bloody war. So, Xi simply cannot manage a nationalistic overdrive and throw the people of his country into a meaningless war.

And from where does China get its semiconductors? Well, Taiwan. Yes, Taiwan holds 92% of the world’s most advanced semiconductor manufacturing capacity. South Korea holds the remaining 8% and China has failed to develop indigenous semiconductor technology.

So, if Xi goes to war with Taiwan, the island nation will cut China off semiconductor supplies and paralyse the Chinese tech sector. Another reason why China will not attack Taiwan.

Xi has removed term limits in China and has unofficially ordained himself as the Chinese President for life.

But wait. Xi cannot stay at the top post unless the CCP central committee elects him as the General Secretary of the Party and President of China.

So, if Xi tries to attack Taiwan and fails to fight a prolonged war, given PLA’s miserable track record, then it will be all but over for Xi Jinping. This will be the end of his political career and therefore Xi won’t risk it all for attacking Taiwan.

Hence, despite all the CCP propaganda, China is unlikely to attack Taiwan.

GWS Meaning with Explanation and Definition