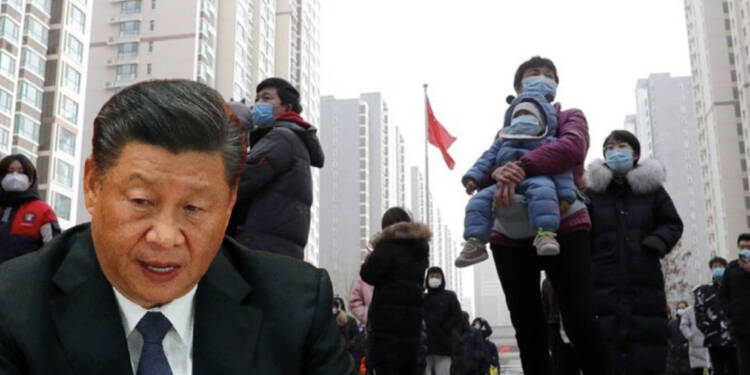 Do you know what has happened in China? It’s mind-numbing. It shows how a Communist state can set the narrative for 1.4 billion people, which they either agree to, or die disagreeing with. China was the first country which reported a Covid-19 case. From China, the disease spread across the world, causing millions of deaths. Now, here’s what might be of particular interest to you. What if I told you that China has stopped counting deaths caused by Covid-19? You’d probably be shocked, but not surprised. It’s China. They can do anything, right?

China has managed to fool the world for two years now. But the reality is coming out, and it points to a gigantic scam effectuated by the Chinese Communist Party. According to findings made by George Calhoun, who is the director of the quantitative finance program at Stevens Institute of Technology, the Chinese regime has likely understated the Covid-19 death rate by as much as 17,000 percent in a systematic data suppression campaign aimed at sustaining its political image across the world.

According to the Epoch Times, the findings were based on data as of January generated by a model developed by The Economist. Let’s make sense of the numbers now, shall we?

The official Covid-19 death count, which the Chinese regime has put out, is 4,636. But according to the recent findings quoted by the Epoch Times, the number of Covid-19 deaths in China are numbered at around 1.7 million, which is a whopping 366 times higher than the official figure.

Yet, China maintains that it has the world’s lowest Covid death rate. According to George Calhoun, “That’s impossible. It’s medically impossible, it’s statistically impossible.” He was quoted by NTD as saying, “Remember, in 2020, there was no vaccine, there was no treatment. So, you had an unprotected population that has shown zero COVID deaths, even though they’ve had tens of thousands of cases.”

Read more: While Covid-19 caught the world in shock, China was planning to weaponize Coronavirus for years

The first “smoking gun” is a sudden drop of Covid-19 deaths since April 2020 from mainland China, despite a “raging” rate of infection. According to Calhoun, from April 2020 to now, China has reported over 22,102 cases (officially). Yet, China has reported only two deaths. By comparison, Hong Kong, which counted about half as many COVID-19 infections over the period, reported 213 deaths.

So, unless mainland China has superhumans of some kind, people should have been dying of Covid-19 there as well. Yet, according to the CCP – nobody did. The case fatality rate (the proportion of those infected who died) in Wuhan during the first three months of the pandemic averaged around 7.7 percent, more than five times that of the United States and four times the world average. It, therefore, makes no sense for China’s official death count to be so incredibly low now.

But then, we now know that at least 1.7 million have died of Covid-19 in China, even if the CCP is not going to admit it. And then, China continues to put millions of people under strict lockdown even today. Covid-19 is still ravaging large parts of the Chinese mainland. Rest assured; many more deaths are being added to the 1.7 million figure on a daily basis. Had China been transparent with the world from the very outset of the pandemic, perhaps things would have panned out differently for it. But now, it’s suffering in shame – all alone.