China is creating a huge gene bank from covid test samples, and it may have nefarious plans 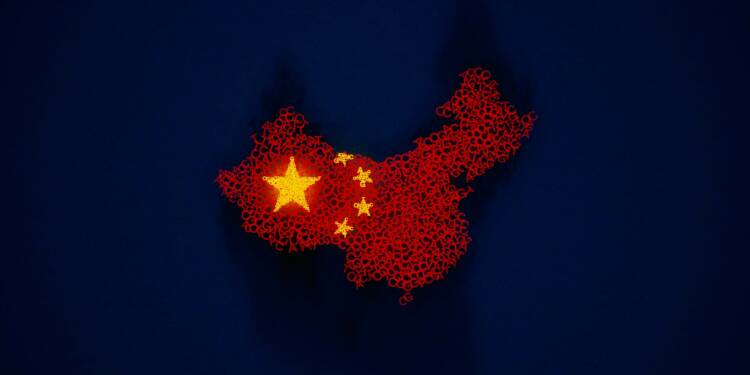 There are growing suspicions that covid-19 was developed as a bioweapon at the Wuhan Institute of Virology. Leaders of the Republican Party are looking for measures to shield the US from biological attack. Sen. Marco Rubio (R-FL) presented two bills on May 20 to combat the Chinese Communist Party’s attempt to gather American DNA through legal and unlawful means.

The Genomics Expenditures and National Security Enhancement Act, as well as the Genomics Data Security Act, have been introduced in Congress. Their goal is to enlist the Department of Health and Human Services in any agreement involving genetic data, as well as to prevent funding from the National Institutes of Health from flowing to Chinese regime-linked firms.

“There is no reason for American taxpayers to be funding Beijing’s research or for our policies to enable access to Americans’ genomic data,” Senator Rubio said in a statement announcing the legislation. “It’s imperative that Congress take steps to confront this growing national security and privacy threat.”

Senator Rubio’s proposals were introduced a year after Newsweek disclosed that the National Institute of Allergy and Infectious Diseases, which is run by Dr Anthony Fauci, financed scientists at the Wuhan Institute of Virology who were researching bat coronaviruses.

Rubio has also been a major voice in pushing for federal investigators to look into whether authorities at the National Institutes of Health, led by Dr Anthony Fauci, provided Chinese companies like WuXi Nextcode Genomics and Shenzhen BGI Technology Co. access to U.S. genomic data.

For years, the Chinese Communist Party has been collecting sensitive information from hospitals and universities in the United States through criminal tactics such as cyber hacking and legitimate ones such as investing in biotech businesses and working with hospitals and universities. Since acquiring Complete Genomics in 2013, Shenzhen BGI Technology Co. may have the world’s largest library of American DNA. It is, however, on the lookout for more.

Rogue states such as China, according to the chief security officer of the well-known American DNA testing company 23andMe, want to steal people’s DNA data and are eyeing his company for a cyberattack. This shocking revelation begs the question, “What does China want to do with your DNA?”

For malicious motives, China is compiling the world’s largest database of genetic material. In a Wall Street Journal op-ed titled “China Is National Security Threat No. 1,” Director of National Intelligence John Ratcliffe wrote that US intelligence has confirmed that China has “conducted human testing on members of the People’s Liberation Army in the hope of developing soldiers with biologically enhanced capabilities.” To put it another way, China’s Communist Party aims to create “super troops.” It needs all the DNA data it can get its hands on in order to find out how to decipher the genetic code and create them.

And biologically increased capacities are only the beginning of what genetic engineering could enable. General Zhang Shibo (Ret.) of the People’s Republic of China listed biology as one of seven “new realms of warfare,” claiming that “biotechnology development is increasingly revealing significant signals indicative of an offensive capability,” including the prospect of “ethnic genetic attacks.” According to his view, China might utilise the DNA database it is assembling to develop bioweapons that target specific ethnicities, if not individuals, for extinction.

Read More: China may dominate the UN today, but Japan is aggressively aiming to undercut it soon

If this seems far-fetched, keep in mind that the double-helix structure of the DNA molecule was discovered only 68 years ago by Dr James Watson and Dr Francis Crick. Humans have previously cloned a sheep (1996) and a monkey (1999), sequenced the human genome (2003) and changed the germline cells that affect human heredity (2015). As a result, super warriors and ethnically specialised bioweapons might not be limited to science fiction. One of the world’s foremost biomedical gerontologists, Dr Aubrey de Grey, believes the first human to live to 1,000 years old has already been born, while US investigators claim Chinese scientists are actively preparing for a third world war waged with biological and genetic weapons.

The Chinese Communist Party is currently perpetrating genocide against Uyghur Muslims in its western regions, moral concerns will not prevent it from developing bioweapons utilising DNA data. Aldous Huxley, George Orwell, and Winston Churchill, for example, predicted our modern technological era decades ago. They were worried about how humankind might exploit its newly acquired technical abilities.

While some see genetic engineering as a way to treat sickness and improve human health, others see it as a way to convert humans into killing machines and produce viruses capable of eradicating entire races. And it’s possible that this is what the CCP is up to.

By selling attack drones to Ukraine and Poland, Turkey is dangerously provoking Russia and Putin’s reaction will be fierce