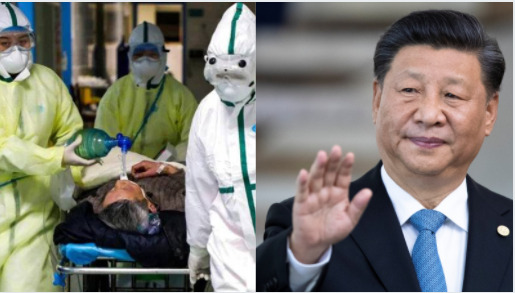 The latest reports based on the documents unearthed provide scathing revelations, which paint a way grimmer picture of the involvement of the Chinese Communist Party in the spread of Coronavirus and it even tried to weaponize the virus. Describing SARS ­coronaviruses as heralding a “new era of genetic weapons”, China’s scientists claimed the viruses could be “artificially manipulated”. People’s Liberation Army (PLA) commanders predicted that World War 3 would be fought with biological weapons, documents obtained by the US State Department reportedly reveal.

As per the documents, Chinese military scientists discussed the weaponization of SARS coronaviruses five years before the COVID-19 pandemic originated and spread to various parts of the world. Outlining their ideas, top scientists predicted that these coronaviruses could be used to fight the third world war. The paper accessed by US officials was originally published in 2015 by military scientists and senior Chinese public health officials, according to The Australian, and was part of their own inquiry into the source of COVID-19. The new information raises new concerns about China’s involvement in the spread of coronaviruses, with particular emphasis on China’s lack of transparency about the source of COVID-19.

“Describing SARS ­coronaviruses as heralding a “new era of genetic weapons”, the Chinese scientists claimed the viruses could be “artificially manipulated into an emerging human ­disease virus, then weaponised and unleashed in a way never seen before”.”

This report gets all the more credible by the recent revelations. The latest China in Focus- NTD report has exposed Beijing’s guilty intention. As per the report, the Communist nation started developing its Coronavirus vaccine over two weeks before it admitted that the novel Wuhan virus is contagious and that human-to-human transmission of the virus is possible. It seems Beijing actually wanted the world to suffer from disease, death and agony, whereas authorities started working on a vaccine for China beforehand.

China in Focus-NTD reported that China’s Central Commission for Discipline Inspection (CCDI)- the highest body for internal control in the Chinese Communist Party (CCP), published an article on its website. The report praised the CCP for quick vaccine development. The CCDI report stated, “On January 5th (2020), the Chinese Academy of Sciences’ Wuhan Institute of Virology successfully isolated the new Coronavirus strain. The research and development of the inactivated vaccine for this virus have since begun.”

The Chinese military’s preparations for bioweapons are revealed in a military paper titled The Unnatural Origin of SARS and New Species of Man-Made Viruses as Genetic Bioweapons. Furthermore, according to the Chinese language records, a bioweapon attack may cause the “enemy’s medical system to collapse.”

Read more: China started developing Covid vaccines even before it announced the outbreak of the Wuhan virus

There are references in these documents to work by US Air Force colonel Michael J. Ainscough, who predicted that World War 3 will be fought with bioweapons. Among the 18 other contributors are some of China’s most prominent public health personalities. According to The Australian, ten of the authors are scientists and firearms specialists associated with the Air Force Medical University in Xi’an.

Robert Potter, a digital forensics specialist, said the documents have been verified. He claimed that “We were able to verify its ­authenticity as a document authored by the particular PLA ­researchers and scientists stated.” Robert, who has worked with the US, Australian and Canadian governments, said: “We were able to locate its genesis on the Chinese internet.” The document has been revealed in an upcoming book on the origins of Covid – titled What Really Happened In Wuhan.

Once a rising star and now a pariah, how one wrong move against Trump ruined Liz Cheney’s political career