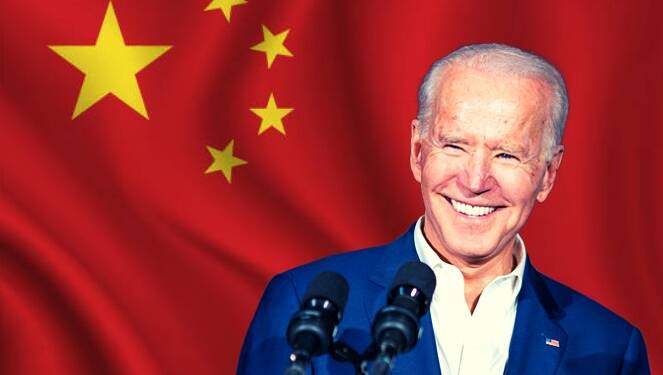 In recent times, the Biden administration was on a mission to damage its relations with its allies and treaty partners. It all started with France when the US forced Australia to cancel the French submarine deal for a US-UK submarine offer. The next in line was UAE, which went with French Rafale when the US started showing resistance to the F35 sale. The most recent is from Indonesia, which ignored all of the US fighter jets and went for the French Rafale deal instead. While the backstabbing is catastrophic in its own regard, he is also enabling China by means of blocking the very proposals which are meant to contain China and its economic malpractices.

The proposals for new limits on American banks that invest in Chinese technology enterprises and startups are being deliberately delayed. And these are being attributed to disagreements between top White House national security and economic officials.

National security officials, led by national security adviser Jake Sullivan, have been urging President Joe Biden to issue an executive order prohibiting many American investments in Chinese technology firms and startups for months, claiming that it is necessary to ensure that American banks aren’t assisting Chinese firms in developing software or devices later used by the People’s Liberation Army, unfortunately to no avail.

According to two industry officials familiar with the talks, the Treasury and Commerce departments are pushing back, arguing that new rules would significantly reduce new U.S. business in China and put American firms at a competitive disadvantage to European and Asian banks that will continue to access the world’s second-largest economy.

As per POLITICO, Treasury and Commerce officials declined to comment, but a senior administration official said any allegations of a standstill are “inaccurate” because no final policy choices have been made. “There are worries across the board about the impact of outbound U.S. investment flows,” the official said, “and this is a focus for us, from Treasury to Commerce to the White House.”

This is the latest squabble in an administration that can’t seem to agree on a policy for China and Asia’s economic engagement. These disagreements have lingered for months, threatening to stall administration action against China’s more assertive government at a time when global economic and diplomatic tensions are rising. Since at least last summer, when Sullivan indicated the administration was examining methods to tighten down on corporations that “circumvent” export laws or assist support China’s “technical capacity,” the Biden administration has been considering actions.

Since last year, the White House has pressed lawmakers to pass a sweeping China competitiveness measure, which includes a $52 billion semiconductor manufacturing fund that Biden and congressional leaders have prioritised. However, the administration has not stated whether the Casey-Cornyn bill should be included in that package or evaluated separately. The law, as written, would place a greater emphasis on supply-chain security, such as U.S. companies building factories or forming joint ventures in the medical, defence, or energy sectors.

It would, however, be ineffective in monitoring financial flows into Chinese technology companies, which the White House is expected to target via executive action. However, given the Biden administration and his personal inclination towards considering China as a lesser enemy, he has stonewalled the proposal.