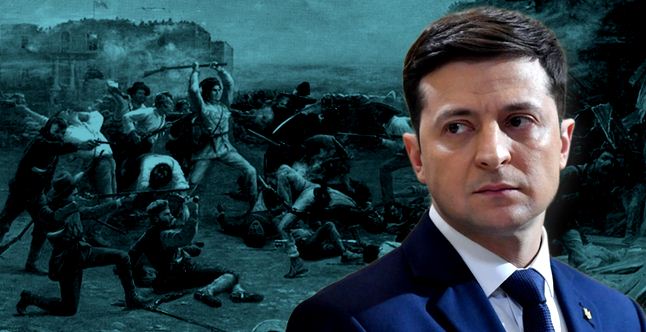 In his recent statement, Ukrainian President Volodymyr Zelenskyy has announced that he has decided to give up on joining NATO and is further ready for peace talk and dialogues to deescalate the conflict. The statement of president Zelensky comes at a time when the Russian military has already stationed its base at the country’s capital Kyiv.

Zelenskyy also said that he is ready to compromise on the status of the two breakaway pro-Russia territories of Donetsk and Luhansk, which were recognized as independent republics by Russia just before the Ukraine invasion.

Also Read: Here is what is sure to feature in the Russia-Ukraine peace treaty 2022

In his latest interview, Zelenskyy said, “I have cooled down regarding this question a long time ago after we understood that … NATO is not prepared to accept Ukraine. The alliance is afraid of controversial things and confrontation with Russia”.

When asked about the demands of Russian president Putin, Zelenskyy said that he is open to dialogue and discussion. Signalling towards a compromise, he said, “I’m talking about security guarantees”.

Zelenskyy further said, “The two regions of Donetsk and Luhansk have not been recognized by anyone but Russia, these pseudo republics. But we can discuss and find a compromise on how these territories will live on. What is important to me is how the people in those territories are going to live who want to be part of Ukraine, who in Ukraine will say that they want to have them in”. “We can discuss with Russia the future of Crimea and Donbas.” he added.

In the latest development, the Ukrainian Parliament majority Sluha Narodu Party has proposed to sign a new security guarantee agreement for Ukraine with the US, Turkey, and Russia instead of NATO membership. According to Ukrayinska Pravda’s report (a Ukrainian news portal), the Sluha Narodu Party – pointing out at NATO – said, “The alliance is not ready to admit Ukraine over the course of at least the next 15 years and has made this clear. Therefore, it was time to discuss concrete security agreements with Russia”.

Read More: Zelensky’s psyops may make for good media and social media stories, but they are useless on the ground

Just a few days ago, Zelenskyy was claiming that Ukraine is capable enough to defend itself. He said that Ukrainian people and forces are causing serious damages to the Russian military and its equipment. The beleaguered Ukrainian president announced that he and his government will never compromise, back off, or bow down in front of the Russians. He added that he and his government will fight till the last breath.

But now, it seems that Zelenskyy has finally realized that he just can’t defeat or even fight the Russian forces. He seems to have accepted the reality that Ukraine is no match for Russia on the military front. Also, as Russia is closing in over the capital city of Kyiv and there lies no better option for Zelenskyy than to surrender.

Putin’s popularity breaks all records during the Russia-Ukraine war