Zelensky’s psyops may make for good media and social media stories, but they are useless on the ground 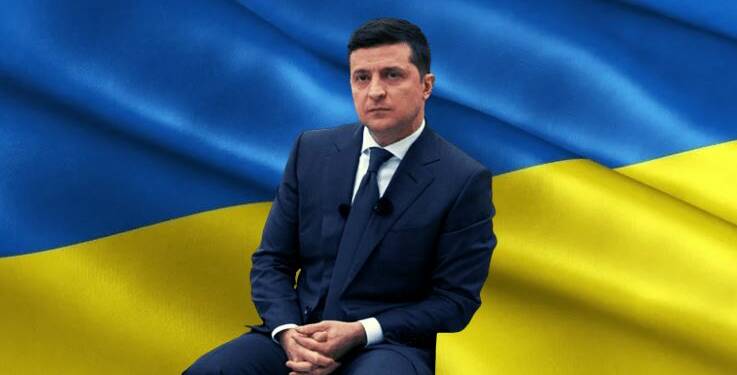 Since the beginning of Ukraine – Russia conflict, the media and social media have been flooded with posts, pictures and videos pertaining to several different narratives. But, most of the social media narrative seems to be pro-Ukraine and anti-Russia. Most of the coverage of the conflict in media is in support of Ukraine president Zelensky and the Ukrainian people.

The reason behind this pro-Ukraine and anti-Russia coverage on media and social media is that the Ukrainian government under the leadership of president Zelensky has played it quite smartly when it comes to using psychological and information warfare.

From the day Russia invaded Ukraine, the Ukrainian president Zelensky, has made sure that he is visible across the country and the world through the social media. Releasing video messages, embedded with good sounding but illogical speeches, he has been trying to propagate misinformation among the Ukrainian citizens so that the public support stays with him during this crisis time.

Recently, Zelensky announced that Turkey, on his request, has agreed to block the Bosphorus strait for Russian navy warships. Later, after few days, Turkey clarified that it just received a request from Ukraine but did not agree to it. Rather Turkey said that it was just analyzing the request. It was one of the instances when Zelensky was caught spreading false news to garner support for him from other countries. He would have thought that taking Turkey on his side would force other countries to raise support for Ukraine, but Turkey destroyed his plans by rejecting the anti Russia request.

Also, in many cases, when some countries sympathized with Ukraine and gave condolences to president Zelensky, he took that for granted and announced that those countries have agreed to support him against the Russian invasion.

The Ukrainian military, government and police are also using propaganda to keep the public and world support in favour of Zelensky. They are spreading fake news about damages they have caused to Russian military and their equipment. On one hand the Russian military took over the second largest Ukrainian city of Kharkiv, and on the other hand, the Zelensky government kept claiming that they have caused tremendous loss and damage to the Russian troops and armored vehicles in retaliation to the invasion.

Since the invasion started, Zelensky has been pushing the unarmed or inadequately armed Ukrainian citizens to participate in the war. It is just stupid how he has been putting the life of its people in risk by influencing them to join the war without any training, arms or planning. Not focusing on the retaliation plans and tactics, Zelensky’s total focus seems to be on retaining his position and gaining support for himself from countries across the world.

In many of his recent speeches, he has been asking the world to support Ukraine and condemn the Russian leadership. But, on the other hand, his administration, officials and police have been misbehaving and mistreating the citizens of the countries that have voted in favor of Russia or have abstained from voting in the recent UNSC meet.

In a recent case, many Indian people who were on course to Poland border were mistreated and mishandled by the Ukrainian police and immigration authorities. Ukrainian officials were seen saying that, “Why do we support you when your government didn’t support us”. Also, citizens of many other countries are suffering the same treatment.

It shows the hypocrisy and selective policy of the president Zelensky’s administration. Also, it proves that all the PR efforts of president Zelensky are just useless on ground. All his speeches, videos, messages and requests from the international community are only good for traditional and social media propaganda. In reality, his government is playing tit for tat tactics with the foreign nationals in his country.

The Ukrainian ambassadors and officials in every country are sugar coating their words to please the leaders of that particular country. It’s a complete illogical and failed move by the Zelensky administration as in the case of UAE, India and China, all three abstained from voting against Russia despite the pleasing and luring by the Ukrainian ambassadors and officials.

Read More: After being betrayed, an infuriated Zelensky rips into Joe Biden

The Zelensky administration has been saying that they are ready for negotiation. But, from no angle they seem to be in a position of negotiation. Surrender seems to be the only option for them. It’s clear that Zelensky administration and Ukrainian military was totally ill-prepared for the Russian aggression. They underestimated and miss calculated Putin. They were also wrong in their decisions and policies about how to handle the situation after the invasion happened. And that’s why they are trying to hide it all and save their faces.

The negotiation PR stunt of Zelensky administration is also destined to fail and they finally will have to surrender to the Russians. It would be a perfect lesson for Zelensky, making him realize that his psychological tactics may have made for good media and social media stories, but they were totally useless on the ground.