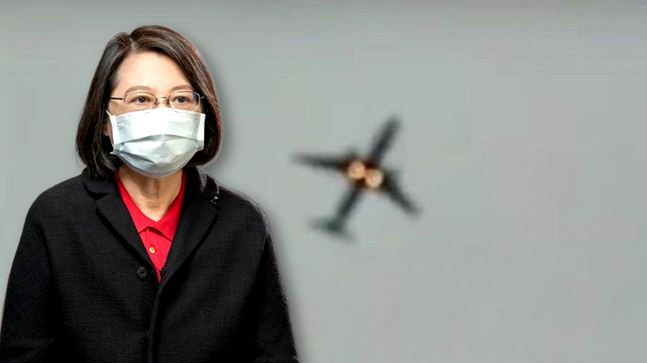 Many analysts predicted that Russia’s invasion of Ukraine might trigger a similar attack by China on Taiwan. But reports indicate otherwise. Especially after one of China’s Shaanxi Y-8 surveillance aircraft crashed in the South China Sea in early March under mysterious circumstances.

Janes reported in February that China’s Shaanxi Y-8 aircraft was involved in breaching Taiwan’s air defence identification zone before the war broke out in Ukraine. However, not even a single breach by Shaanxi Y-8 was reported during March 2-7. Now, Taiwanese media is linking the sudden drop in Shaanxi Y-8 incursions to the crash that took place in early March.

China denies any such crash ever took place. Taiwan Society for Strategic Studies researcher Chang Ching (張競) on March 7 decried the report as “nonsense,” asserting that China’s military is more open than in the past and that if a crash had occurred, it would not have covered it up. But later, Taiwan’s National Security Bureau confirmed the crash.

Interestingly, China has been trying hard to hide this news from the world even as it sneakily launches a search campaign to spot the crashed aircraft. The Epoch Times reported that “the CCP suddenly announced a week of military drills in waters that it disputes with Vietnam, near where the crash occurred.”

The surprise drills continued from March 4 to 15. It was essentially a search-and-rescue operation that a desperate China had launched to retrieve its lost plane. The operation was launched off Vietnam’s shores, in waters claimed by both Vietnam and China. Thus, the drills prompted a fierce response from Hanoi.

Epoch Times reported that Vietnam’s foreign ministry has filed a complaint with China about the drills.

China still searching for the plane

Taiwan’s National Security Bureau Director-General Chen Ming-tong said in his newsletter on March 9 that China was still “actively searching” for the missing maritime patrol aircraft. “The coast guard and research ships were only moving slowly within small areas, suggesting they were on a searching mission. Dozens of other naval ships were also continuously patrolling this area,” Dang added.

China thought Russia’s invasion of Ukraine could help it shape the strategy to invade Taiwan. But Russia’s reported failures in seizing Ukraine “within days” have significantly ruptured China’s Taiwan invasion plans. It’s a matter of fact that the world’s attention is currently shifted to the Ukraine crisis, and Beijing wants to exploit this opportunity to the fullest by testing its limits in the South China Sea.

But the Ukraine crisis has served as a life lesson for the highly ambitious Chinese President. Xi Jinping has realized that invading Taiwan won’t be a cakewalk for China’s so-called People’s Liberation Army. So, it is highly likely that China would refrain from endangering Taiwan’s sovereignty anytime soon. And that’s why China would refrain from poking Taiwan in the eye by carrying out repeated incursions as it has been doing lately.

After kicking China out, Italy invites Taiwan, France and Israel to develop its semiconductor industry