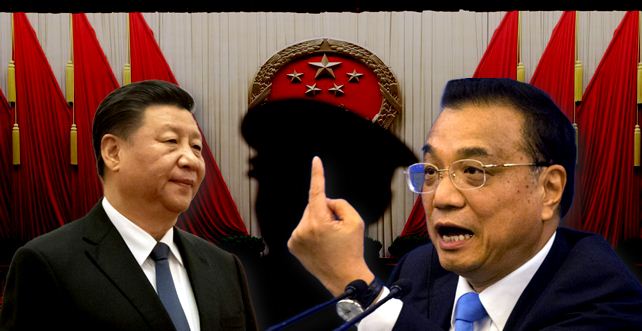 Chinese Premier Li Keqiang said on Friday that this will be his last year as the premier of the Chinese communist party. His current term expires next March, and he declared that he will step down from the number two position in the CCP.

This development is hardly surprising! A two-term limit applies to all CCP leaders barring the President. In 2015, Xi tactfully revised its constitution to drop the limit of two terms exclusively for the Presidential post. That means all of his cabinet ministers who vaulted into the nation’s supreme cabinet along with Xi Jinping in 2013 will be retiring this year.

At least two of the seven members of the Politburo Standing Committee will retire this year. An informal age ceiling for senior party posts indicates Vice Premier Han Zheng and the head of the Chinese legislature Li Zhanshu could be asked to stand down this year. The informal age rule says that any leader aged 68 or above should not hold any key position in the CCP.

Of course, the rule doesn’t apply to the 68-year-old president. He has spent the last two years cementing his position as the country’s supreme leader. But this also means that most of Xi’s protégés would have to stay out of the race; unless someone is willing to set the cat among the pigeons by directly challenging Xi’s bid for the third term.

And that’s where China’s Premier Li Keqiang comes into the picture. He’s a highly ambitious leader. He has announced his resignation from the post at a time when the CCP is rife with infighting and internal political struggle. An Indian Express report reveals that retirements this year could create as many as 11 vacancies in CCP’s top echelons. Amid increased factional politics in CCP, filling these posts with new and young leaders would be a challenge of epic proportions.

Take Li Keqiang for example. He has been consolidating his power despite 2022 being the last year of his premiership. Experts observing Chinese politics have claimed that Li Keqiang had spent last year strengthening his grip over the country’s financial policies. One expert was quoted by Nikkei Asia as saying, “The tough economic situation is forcing the government to take balanced policies. People are speaking highly of the premier these days.”

Last Saturday, when Premier Li Keqiang delivered his speech on the government’s achievements, Xi’s highly ambitious campaign of “Common Prosperity” was hardly mentioned. Nikkei Asia’s report reads, “The plan to designate the city of Hangzhou, where Xi served many years, as the “model area” for common prosperity was not even mentioned. There was also no reference to the “third distribution” system, which calls on the likes of tech giant Alibaba Group and high-income earners to voluntarily donate.” Moreover, the report made no reference to the introduction of a property tax, a proposal that drew much pushback when it was introduced by Xi Jinping.

All in all, it was more “Li” than “Xi” in the latest China policy speech. It revealed how leaders like Li Keqiang had managed to carve out a personality cult for themselves despite staggering levels of authoritative measures focused on exclusively furthering Xi’s personal charisma.

How Li could unseat Xi in this year’s CCP elections

Li understands that economics is politics. A great leader is always a great economist. So, in order to tighten his grip over the power, Li sauntered into economics. He stamped his authority over the nation’s economic regime. And now, when Xi faces an increased dilemma of lack of successors for his retiring cabinet, Li has simply chosen to retire from the Premier post; not because he’s not interested in leading the nation as the premier but because he has even bigger dreams to fulfil.

Li knows the only way to bypass the age barrier to power is to run for the presidency. Xi is at his weakest since most of his lackeys are retiring this year. And this could be a great opportunity for his rivals, including Li Keqiang to unseat the highly ambitious president Xi Jinping.

Ukrainians could have had a friend in Israel, but Zelensky’s handlers had different plans