The Russia-Ukraine war is super profitable, and some American lawmakers have made fortunes out of it 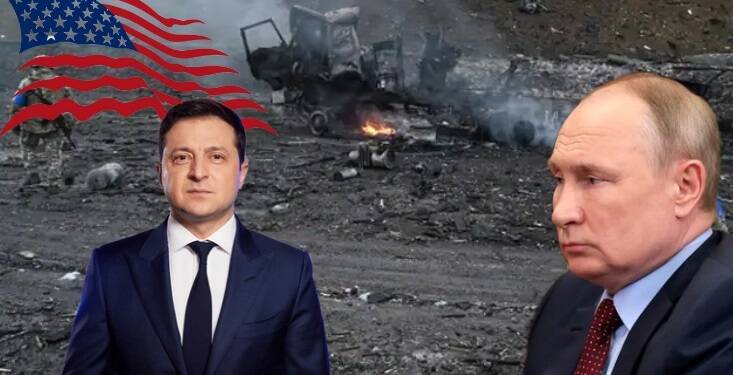 War is unjust, immoral, violent and inflicts suffering on all. For example, the war between Russia and Ukraine is having a pretty bad impact on the global economy, which had only recently begun recovering from the Covid-19 induced massacre. The war is driving up oil and gas prices, while also threatening food security for many nations, especially in the Middle East and North Africa (MENA) region. But is it all that bad? Is it only gloomy? Is there no silver lining on the horizon? Well of course there is. Just not for ordinary people.

American lawmakers, for instance, are handsomely profiting out of the catastrophe that has struck Eastern Europe. Separately, defence manufacturers are making a fortune out of the war in Ukraine. What that means is that while the world suffers, the American military-industrial complex is having the time of its life after a drought of nearly five years.

According to Business Insider, some members of the U.S. Congress stand to personally profit off Russia’s war on Ukraine. At least 18 federal lawmakers or their spouses hold stock in Raytheon Technologies and Lockheed Martin, which manufacture the weapons Western allies are sending Ukraine to fight Russian invaders.

While some lawmakers have long-standing stock and shareholdings in defence manufacturing giants, others acquired them in the weeks preceding Russia’s invasion of Ukraine. Republican Rep. Marjorie Taylor Greene of Georgia, for example, bought between $1,001 and $15,000 in Lockheed Martin shares on February 22 – two days before the invasion. Two days after her purchase, Greene wrote in a Twitter thread: “War is big business to our leaders.”

Republican Rep. Diana Harshbarger of Tennessee and her husband made three separate Raytheon trades worth up to $15,000 and Democratic Rep. Lois Frankel of Florida sold up to $15,000 in Lockheed Martin stock but retained shares in the company. Raytheon makes the Stinger missiles, and jointly with Lockheed Martin makes the Javelin anti-tank missiles.

Incidentally, these happen to be the exact weapons that not just the United States, but many European powers are transferring to Ukraine.

Here are the lawmakers and persons associated with Congress that are in bed with big defence companies:

How Defense Giants are Making a Fortune

There is a reason why so many American lawmakers are rather shameless about having business interests in the defence manufacturing industry. It helps them make big money. In a contest between morals and money, the latter always wins – at least for the American lawmakers.

As of March 10, Lockheed and Raytheon shares are up by around 16% and 3% respectively since the invasion. BAE Systems, the largest player in the UK and Europe, was up 26%. This war came as a blessing for America’s cash-strapped deep state.

Now here’s the hypocrisy angle. U.S. lawmakers, who are earning big money out of the suffering and pounding of Ukraine are also the ones who will sermonise everyone around about how war is bad. They will be the loudest proponents of peace; while profiteering out of misery. They will pretend to hate Vladimir Putin, while filling their pockets because of his war in Ukraine.

So, BRI is international highways for China to send its troops anywhere in the world