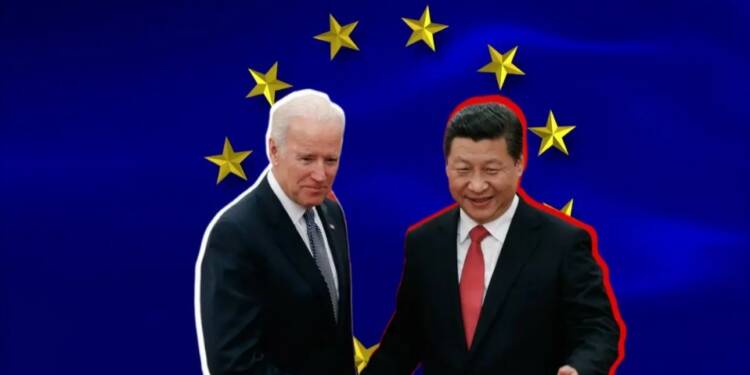 Amid the ongoing Russo-Ukraine war, western countries have imposed a slew of sanctions on Russia to wear down the Russian economy. The US and the UK also announced new energy sanctions against the Kremlin.

The US said it would be banning all imports of Russian oil and gas; and the UK announced it would phase out Russian oil imports by the end of 2022. This sudden urge to reduce the dependency on Russian gas and oil would lead the Western great powers to search for alternatives. This may trigger a shift to clean energy sources.

We have already seen utterances by statesmen indicating the same. German Chancellor Olaf Scholz labelled clean energy sources as “crucial for security” and emphasized the need for a faster expansion of renewable energy. Furthermore, on March 8th, the European Commission issued an energy plan that stated, “Following the invasion of Russia, the case for a rapid clean energy transition has never been stronger and cleaner.”

As a result, the search for sustainable energy sources has become a top priority for European leaders. But there’s a catch; western countries simply lack the infrastructure needed to make a smooth transition to renewable energy sources, especially in such a short time frame.

China is seeking ways to reclaim its pre-pandemic hegemony, which got spread from its own territory. China’s economy is currently faced with numerous challenges erupting out of the Covid mismanagement and its foreign policy paralysis. So, China would be really looking forward to making a fortune out of the green agenda being pushed by the governments in the West.

Morgan Stanley, a leading investment bank, predicted as much as a 15 per cent increase in China’s solar exports as a result. They added, “ The key beneficiary will be China’s Longi Green Energy Technology Company, as it is the world’s biggest solar company.

Moreover, all attempts by the West to search for non-Chinese alternatives would only end in futility.

As the president of UKSOL (A British solar company), Andrew Moore rightly predicts, “Wholesalers in the UK won’t promote slightly higher price[d] panels because the industry is dominated by price, and the price is dominated by China.”

Companies are racing to establish and improve their positions in the battery supply chain as the globe converts to electric vehicles (EVs). China currently leads the so-called “battery arms race.” Despite a $174 billion investment proposed as part of President Biden’s new infrastructure package to “conquer the EV market,” the United States lags significantly behind China.

Tesla, the world’s most popular electric automobile, owes its success to China’s manufacturing expertise. The majority of the batteries that power them are built in China, and the minerals that fuel them are mostly refined and mined by Chinese firms.

The West appears to be on the verge of creating a Frankenstein monster. Western sanctions on Russia are unlikely to prevent Putin’s objectives, but they will amplify the ascent of its primary rival China. The Western push for green energy will only prove to be a ladder for Dragon’s hegemonic ambitions.