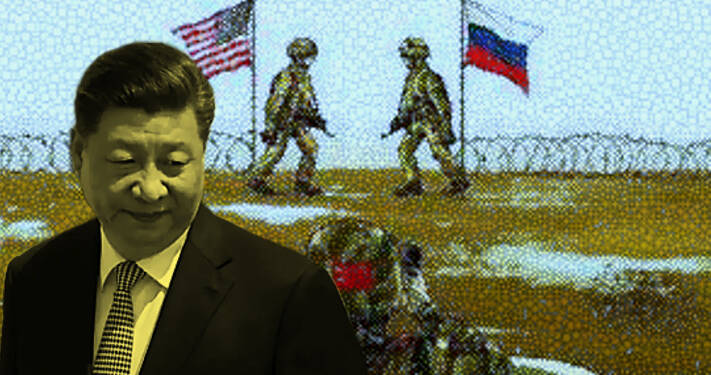 The latest Russia-Ukraine crisis has set a moment to consolidate a multipolar global order. And as things stand, China has tried to maximize its profits by taking morally conflicting stands at different podiums. It has been a surprise for many of the observers, and it has for sure made Russian President Vladimir Putin furious. Recently, in a warning of sorts, Russian authorities fired an official who said last week that China had refused to supply Russian airlines with aircraft parts in the wake of Western sanctions.

Following a failed attempt to secure parts from China, Valery Kudinov, an official with Russia’s Federal Air Transport Agency (Rosaviatsia), said the country was in talks to source parts from nations such as Turkey and India. Kudinov was fired, according to a source in the sector. While the firing may seem abrupt, it is specifically done to warn Xi Jinping. In a classic case of shooting the messenger, Moscow has warned Xi Jinping to cooperate.

The firing of the Russian official

According to the Russian publication Kommersant, Kudinov was sacked for releasing information in violation of a federal regulation controlling how civil officials must behave. Western sanctions over the invasion of Ukraine are putting a strain on Russia’s aviation sector.

After Bermudan and Irish regulators suspended the certifications of Russian planes registered there, Russia passed a law on Monday allowing the country’s airlines to place planes leased from foreign companies on the country’s aircraft register and use them in Russia even without the owner’s permission.

Sanctions have already suspended the supply of major international aviation manufacturers Boeing and Airbus to Russia, effectively cutting off most foreign aircraft and parts. The US and Europe have shut down their airspace to Russian airlines, and Russia has retaliated. In such a situation, if China continues with its double-speak, it would destroy the already fragile trust that they have.

So, it is quite clear that China will be putting its economy at risk if it helps Russia evade sanctions. And if Beijing supplies military equipment to Russia, then it will definitely face some really tough restrictions from both the US and the EU.

White House National Security Advisor Jake Sullivan has warned China to avoid helping Russia evade Western sanctions. Sullivan said, “I’m not going to sit here publicly and brandish threats.” He added, “But what I will tell you is we are communicating directly and privately to Beijing that there absolutely will be consequences” should the Xi administration help the Kremlin “backfill” its losses from Western sanctions.

Meanwhile, Putin has set some really tough benchmarks for Xi Jinping. And nothing short of direct military assistance will let China gain Russia’s confidence. If China chickens out, then Russia could associate itself even more closely with anti-China powers in the Indo-Pacific region.

Beijing has been walking a tightrope between Russia and the West over the Ukraine question. However, it has ended up irritating both Moscow and the Western world. The latest firing of the Russian official by Putin is a direct warning to Xi Jinping.