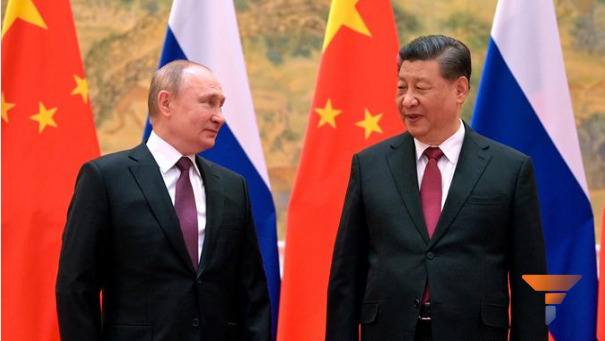 Well, truth be told, Putin doesn’t want Chinese military aid. What he wants to do is to test China’s loyalties because Xi has been behaving in a rather volatile manner since the Ukraine crisis broke out. So, if Xi clears the loyalty test, he stands to lose out China’s trade ties with the West. And if he fails to clear it, then he will definitely face Russia’s wrath.

China has been walking a tightrope between Russia and the West over the Ukraine question. However, it has ended up irritating both Moscow and the Western world.

Last month, Chinese Foreign Minister Wang Yi said that China “firmly advocates respecting and safeguarding the sovereignty and territorial integrity of all countries […] equally applying to Ukraine”. However, the top diplomat immediately tried to qualify his remarks by saying, “Russia’s legitimate security demands should be taken seriously and properly addressed.”

When the West brought a UNSC resolution denouncing Russia’s invasion of Ukraine, China did not join Russia in vetoing it. Rather China simply abstained and left Russia to fend for itself.

China wants the best of both worlds

But why is China showing volatility? Well, it wants the best of both worlds. The fact remains that China and Russia have started showing a sense of camaraderie only due to the isolation of both countries by the US.

China doesn’t want to rub Western powers the wrong way by openly supporting Russia. This is why it has shown no signs of helping Russia reduce the impact of Western sanctions. Similarly, Chinese State-owned banks have actually complied with Western sanctions against Russia. Beijing has also said that it would continue with “normal trade cooperation” with both Kyiv and Moscow.

So, China will neither condemn Russian aggression against Ukraine, nor will it oppose Western sanctions.

China in a tight spot

However, China can no longer avoid taking sides. Russia is already believed to be testing its loyalties by seeking military assistance.

On the other hand, White House National Security Advisor Jake Sullivan has warned China to avoid helping Russia evade Western sanctions. Sullivan said, “I’m not going to sit here publicly and brandish threats.” He added, “But what I will tell you is we are communicating directly and privately to Beijing that there absolutely will be consequences” should the Xi administration help the Kremlin “backfill” its losses from Western sanctions.

So, it is quite clear that China will be putting its economy at risk if it helps Russia evade sanctions. And if China supplies military equipment to Russia, then it will definitely face some really tough restrictions from both the US and the EU.

Meanwhile, Putin has set some really tough benchmarks for Xi Jinping. Nothing short of direct military help will let China win Russia’s confidence. If China chickens out, then Russia could associate itself even more closely with anti-China powers in the Indo-Pacific region; like Japan, India and Southeast Asian nations. China is clearly caught in a tight spot, and it simply cannot find a way out.