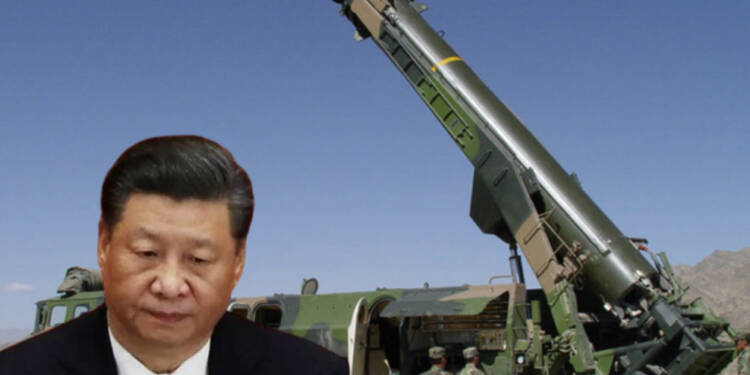 In order to sustain China’s ambitions of global domination, the Communist nation is required to continuously flex its non-existent muscles. Recently, it was reported that China had tested two new hypersonic weapons that could travel at more than five times the speed of sound – a development a senior US commander described as “very significant”. So, China is really raising eyebrows around the world with its latest moves, but the world community is not bereft of hilarious intel of its own. In fact, media reports now reveal how defense contractors within China have taken upon themselves the job of exposing China’s military might and making a joke out of their country. Chinese missiles might have been exposed on umpteen occasions. However, what has happened now is truly hilarious.

The CCP tried to show the world how Chinese missiles would be undergoing an increased number of tests. However, those making these Chinese missiles protested vehemently. So, the CCP junked its extravagant plan and settled for a modest one. Here’s what has happened.

According to a report by the South China Morning Post, China has increased the number of test flights its missiles must undergo before they enter mass production in an effort to improve reliability. New air-to-air missiles previously had to take eight tests where they hit a moving target to prove their worth, a requirement that has now risen to 15. The report added that when coupled with other tests – for example, checking its resilience against electromagnetic pulse attacks – the new missile will have to undertake around 20 tests.

According to a paper published by military researcher Li Gencheng and colleagues with the China Airborne Missile Academy in Luoyang, “Some problems such as unsatisfactory equipment delivery and unstable quality have surfaced.” They added that the CCP wants these problems resolved before the mass production of said missiles.

Interestingly, the Chinese regime came up with two proposals and was putting its weight behind the second one. One required a new missile to be fired 15 times without any failure, the other 27 times with no more than one failure to ensure a success rate of more than 90 per cent.

Read more: China’s recent power switching proves that it is least prepared to fight a war

Here’s where the fun begins. The CCP wanted to test missiles 27 times before mass production. But those manufacturing these missiles, knowing very well what their products were really capable of, began protesting against the Chinese military’s moves. According to SCMP, the military’s proposals prompted protests from defence contractors, who argued new missiles’ chances of passing these tests would be less than 20 per cent.

In face of such protests, the Chinese military decided to settle for a compromise. Now, a deal has been reached between the CCP and missile manufacturers according to which the contractor produces 50 missiles, from which the military randomly picks 15 for testing. The new weapon gets the green light for deployment if no more than two miss the target.

Therefore, China’s military missile programme has been exposed like never before and coming from the horse’s mouth, the PLA has suffered a tremendous setback. Its propaganda has fallen flat and the world now knows the reality of Chinese missiles.

Around the time the CCP was celebrating its centenary anniversary, reports began circulating that China was building 100 new intercontinental ballistic missile (ICBM) silos in the desert near Yumen in the country’s northwest, implying a massive expansion of its nuclear capabilities. But in reality, it seems that they were never missile silos anyway, but are wind turbines. So, the missile silo story was all part of China’s propaganda blitzkrieg and shell-game strategy.

Such wimp-like soldiers have the least interest in dying for the CCP. Therefore, even in the combat field, Chinese soldiers prefer the easier way out, and it usually involves surrendering to the enemy force. Such behaviour is directly attributable to the extremely low morale of Chinese troops.

So, it makes sense for China to go ballistic with its missile programme. The CCP needs to compensate for its soldiers’ lack of courage on some front, and it seems to have settled for the missile front to do the same. What it does not realise is that the world is laughing at it after missile manufacturers took upon themselves the task of exposing their products’ might.