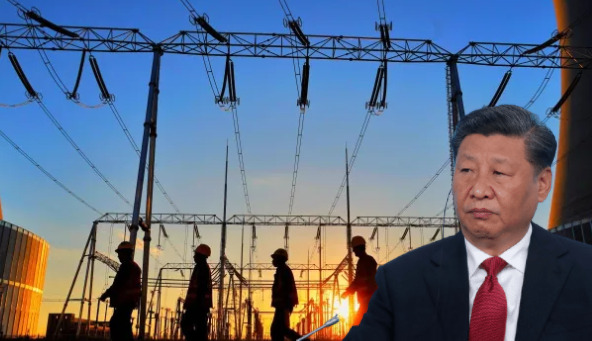 A great power crisis is ravaging China for the last few months now, and the world is still foolishly blaming it upon the so-called coal crisis. Till now, you have been told what the Communist Party of China wants you to hear. It wants to propagate how China is risking its enormous wealth and economic development just to shift away from conventional sources of energy towards cleaner fuel. However, the truth is exactly the opposite and even terrifying for the rest of the world.

China could be preparing to unleash a war on the world in the shadows of the crippling power crisis, even as its economy takes a massive hit due to the CCP’s latest misadventure.

Read More: Amid power blackouts and factory shutdowns, China is bracing for a massive Corona wave

Even in August this year, 738.3 billion kilowatt-hours of electricity were generated, which means a year-on-year increase of 0.2 per cent. Data also shows that while the electricity growth rate of most individual energy sectors—thermal, nuclear, wind, and solar power—has slowed, the amount of energy produced has only been increasing. Hence, it won’t be justifiable to say that China is not producing enough energy to keep its wheels turning. However, Neither the Chinese homes nor the Chinese industries are getting their fair share of this massive production.

So, where exactly this great amount of electricity produced is being diverted? What exactly is China hiding from the world and its people who have been left to fend for themselves amid the surging pandemic and a gruesome economic crisis?

An Epoch Times report suggests that China’s third-tier military-industrial enterprises are the most likely benefactors of large-scale energy production. The report also reveals that despite electricity rationing in the most tier-1 cities of China, the regions having dense military industries have largely remained powered. China has moved its main arms production units to a mountainous region in Central China, where it could be diverting a large share of the energy. Given the fact that the production of nuclear arms, missiles and other military products requires a great amount of energy, the Chinese households and industries have been conveniently rendered powerless.

Hence, it is highly likely that the CCP itself has engineered this power crisis in its cities to give the world an impression that it is committed to reining in its carbon emission and to contributing towards a cleaner planet. On the contrary, China is shamelessly laying the ground for waging a war on its enemies by ramping up its defence production. This also shows how the CCP and the People’s Liberation Army or the PLA are hardly prepared to take on any military challenge shortly.

Read More: Putin is playing a game of Coal and Stick with Jinping and it’s extremely amusing

The CCP today faces unprecedented challenges at home. It is the most disliked regime in the world, with people growing more resenting with every passing day. The energy crisis, which has engulfed the nation for months now, has only aggravated the situation for the CCP. The crisis has taken a massive toll on the Chinese economy. With a dire economy and a surging pandemic, the Chinese people are increasingly growing impatient with the CCP’s tyrannical rule. Their ire carries an existential threat for the CCP.

But, even that is a risk worth taking for the Chinese ruling elites. Today’s PLA is structured to deal with unarmed rivals at home.

However, as China faces the heat at the mountainous Indo-Tibetan border in the Himalayas, and as it inches towards realising its Taiwan-unification dreams; the CCP is suddenly forced to arm the PLA with enough arms and weaponry to take on a battle-hardened army like that of India or Japan.

Hence, it’s not the Australian coal or Russian gas that is driving the massive energy crunch in China, but it is the megalomaniac policies of President Xi Jinping. China’s energy crisis is purely a CCP-made crisis, orchestrated to mislead the world so that it can catch its enemies off-guard and at their weakest.

However, with its inefficient and pampered military, it wouldn’t be long before they receive a nice drubbing of their lifetimes, even after getting armed with brand new weapons being hurriedly produced in China’s power-hungry defence industries.

20 Be the person you needed Quotes