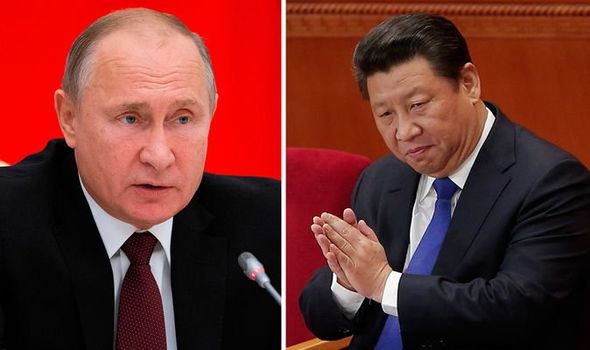 China’s pain is Russia’s gain and as China’s electricity crisis worsens, Moscow is making some really big gains out of China’s misery. Meanwhile, Russian President Vladimir Putin is busy playing a game of Coal and Stick with his Chinese counterpart Xi Jinping. Putin has Jinping under his control and he is looking to gain maximum leverage over a coal-deficient China in order to control its behaviour.

Since November 2020, China had imposed an unofficial ban on the import of Australian coal shipments. This triggered a power crisis in China as the thermal power plants accustomed to working on high calorific value coal imported from Australia had to scale down electricity generation.

Now, China needs coal to power its industries and illuminate households. Therefore, it is ready to purchase coal at any price which is escalating global coal and natural gas prices. This is further triggering a global power shortage with the approaching winter season. China and Europe are the worst hit amidst the ongoing energy crisis.

Interestingly, Russia finds itself at the centre of everything. Russian natural gas is becoming more expensive due to greater demand in both China and Europe. Julian Ropcke, a reporter with the German mass-circulation daily Bild, tweeted, “The Russian gas price is at the Highest. Level. Ever.”

The Russian gas price is at the
Highest. Level. Ever.#PutinAtWar pic.twitter.com/7SsNOAUsEq

While China is worst hit by the ongoing power crisis, Europe too is experiencing a shortage of energy resources like coal and natural gas. Europe wants Russian natural gas, and Russia is allegedly using the opportunity to cause a further surge in gas prices.

Meanwhile, a desperate China is literally begging Russia for electricity. Russian state energy company Inter RAO claimed that it received a request from China to augment electricity supplied even as the second biggest economy in the world struggles to control a power crisis of its own making.

The situation in China is already very grim. The Chinese exports based industry is dying as industries are shutting down due to a lack of power supply. Moreover, China usually prioritizes electricity supply to households over industries but even Chinese households are facing power outages due to a crippling coal shortage in the country dependent on coal-powered thermal plants for power generation. On top of everything, the electricity crisis in China has continued for almost a year now.

Meanwhile, winters are around the corner. Temperatures have already dropped to 10 degrees in Northern China where it gets particularly cold in the winter months. In this context, Jilin, a Northeastern Chinese province has sought Russia’s help. The Governor of the Jilin province has called for higher coal imports from Russia, Mongolia and Indonesia.

Meanwhile, Russia does not seem too eager to rescue China and is showing a rather lukewarm attitude towards Beijing’s energy woes. In fact, the Russian Energy Ministry has denied having received any requests from China to increase coal exports. Russia is giving a loud and clear message to China- you are not going to get any help for free.

Kremlin is literally testing China’s level of desperation here. It wants China to beg even more profoundly and extract maximum leverage out of Beijing before committing itself to any kind of help.

China has no options

Putin knows he can extract a lot more leverage out of China, because Xi is presently lost for options. China is in the middle of a power crisis triggered by coal shortages. However, Jinping’s fragile ego won’t let him bury the hatchet and import enough coal from Australia.

Russian coal may have lower calorific value and the Chinese power sector may be finetuned to work with Australian coal, but the present geopolitical dynamics are such that Xi cannot afford to buy Australian coal. For China, purchasing Russian coal essentially becomes a matter of compulsion without any liberty to choose.

Russian coal has suddenly found a huge market up for grabs. And Putin is using it to play an amusing game with Xi Jinping. He is going to give coal to China only if it behaves well, and if China goes rogue, Russia will have the option of literally turning off China’s lights by stopping coal exports to the Communist country.

Jinping cracks down on loyalists too as coup fears worsen