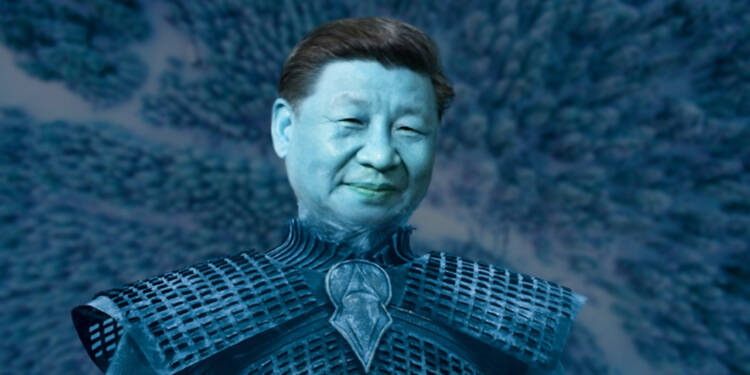 China is running out of coal, and a crisis is looming large over the Communist nation. However, China really does not have anyone to blame for the mess it today finds itself in. Having waged a trade war against Australia, and having stopped the import of coal from the country down under, China today finds itself scrambling for getting its hands on minuscule amounts of coal which would help the CCP postpone the imminent power and energy crisis – one day at a time. China’s coal power plants face the prospect of having to shut down since they have no supply of coal to work with.

According to China Energy News, coal plants may have to halt output because of low inventories, while there is a risk electricity generators will be unable to secure supply this winter. Furthermore, China’s coal prices surged to a record high last week amid increased scrutiny over the safety of mines ahead of major holidays and the country’s National Games. What that also means is that the winter is fast approaching, and given the current circumstance, it will not be hyperbole to say – Winter is Coming for China.

With insufficient inventories, many power plants in China not only face downtime but may also encounter the risk of breaking the capital chain. According to China Energy News, “The coal inventory in the factory(ies) is less than a week now. We are looking for coal everywhere, but no matter how high the price is, it is not easy to find.”

How Bad Are Things for China?

The China Coal Industry Association released an assessment titled, “Report on the Operation of Coal Economy in the First Half of 2021” on September 3, showing that coal prices have been high in the Communist nation for the first half of the year. At the end of June this year, coal enterprises nationwide had stored about 50 million tons of coal, a year-on-year decrease of 26%. Nationwide, the total amount of coal stored in major ports was 62.98 million tons, a year-on-year decrease of 8.3%, while the coal-fired power plants throughout China stored about 110 million tons, a decrease of 21 million tons year-on-year, and a stock which can be used for only about 18 days straight.

On the other hand, in the first half of the year, the country’s total electricity consumption increased by 16.2% year on year. To make matters worse for the CCP, the imbalance between supply and demand has directly pushed up the price of thermal coal. Coal prices are hitting highs that stakeholders in China have never witnessed before. For power plants and other industries, the hike in coal prices is making operations unfeasible.

A Chilly Winter in the Reckoning

Given China’s dismal situation when it comes to coal supplies, and the winter months only approaching with every passing day, the people of China must brace themselves for an extremely chilly and unforgiving winter. Last year too, the adverse effects of rising coal prices in China were starkly visible during the winter months. Many Chinese cities went dark since December 2020 itself, when lights went out and restrictions were imposed on the use of heating devices.

Coal provides half of China’s energy needs. So, the Chinese power sector is unsurprisingly reeling under the pressure of dipping coal supply. Make no mistake, China has been an industrial nation and export-dependent economy for quite some time now. As such, its power demand-supply chains are substantially resilient. So, when a supply crunch does happen, while demand soars, be rest assured that a fundamental problem has come to inflict China’s power and electricity sector.

The fundamental problem plaguing China seems to be Xi Jinping’s egotism. The ban on Australian coal has really sent China’s fortunes for a toss. Moving forward, the people of China will be made to shiver, the power supply will be rationed and heating appliances will be banned from being used.