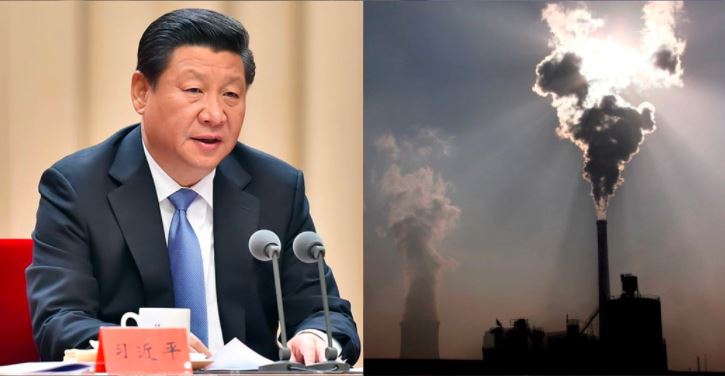 China’s coal crisis simply keeps accelerating. Its cities are turning dark because of a serious shortfall in coal supply and coal-based industries are in seriously bad shape due to the ongoing crisis. And, at the root of this entire crisis is President Xi Jinping’s unofficial ban on Australian coal, which was enforced last year.

Of late, China did try to ramp up its coal output locally. But a recent spate of industrial accidents at Chinese coal mines has forced Chinese regulators to shut down many of them, even as coal prices continue to spiral. So, China’s coal-based industries and power sector are facing a double whammy- firstly, Australian coal cannot be imported and secondly, coal mining within China is practically infeasible.

The Hubei province in China has reportedly halted all coal mining operations from June 15 to July 5, following a gas pipeline explosion that killed 25 people on June 13. Operations at another five coal mines were halted on Friday by Anyuan Coal Industry Group Co. in China’s Jiangxi province.

Chinese coal mines are thus not well-equipped and advanced enough to extract fossil fuel safely. If China revealed 25 deaths in Hubei, you can imagine how serious the real situation would be. And if the Chinese Communist Party (CCP) had to halt operations because of safety reasons, the situation really has to be very serious in China’s coal mining sector.

Meanwhile, Xi’s unofficial ban on Australian coal continues to hurt the Communist nation. As early as May 2020, the CCP regime had directed its five largest utilities to suspend Australian coal purchases, while power stations and steel mills were advised to cease using Australian coal in October last year.

Commodity prices in the coal sector have been going up rapidly. With the Chinese coal mining sector in the doldrums, thermal coal futures on the Zhengzhou Commodity Exchange rose by 2.9% and reached 859.2 Yuan a ton. Last month, the coal prices in China had hit a record high.

Now, as Chinese coal mines are shutting down due to industrial accidents, the overall coal supply is bound to drop all over again. We are practically looking at yet another wave of higher coal prices in China.

Fengkuang Coal Logistics has stated, “This year’s peak summer season may be the most difficult year in history to maintain supply.” It added, “Coal prices will remain at a high level.”

The adverse effect of rising coal prices in China is already visible. Chinese cities have been going dark since December 2020 itself, when lights went out and restrictions were imposed on the use of heating devices.

Coal provides half of China’s energy needs. So, the Chinese power sector is unsurprisingly reeling under the pressure of dipping coal supply. Presently, China faces a power crisis partly because of the early and intense summer onset and high demand, but the primary reason for the power crunch is the absence of adequate electricity generation.

Also, industrial demand for coal remains high, and China’s extensive network of steel mills and other coal-based industries faces a very real threat of existence in lack of coal supply.

The CCP is now promising to keep a watch on coal prices, just like it has been keeping a watch on other commodity prices. But it doesn’t make much sense, because when the commodity is itself in short supply, a crackdown on speculation and hoarding will yield extremely limited dividends.

Xi’s policies are going wrong on all fronts. China is ill-prepared to reduce dependence on Australian coal. Yet, Xi places his personal ego above China’s economic compulsions. The Chinese economy is already reeling under fundamental issues like a raging debt crisis, congestion at some of the busiest ports in Southern China due to a new wave of Coronavirus cases and rising inflation. A serious paucity in coal supply is the last thing that China wanted, and it is likely to push the Chinese economy by several years.