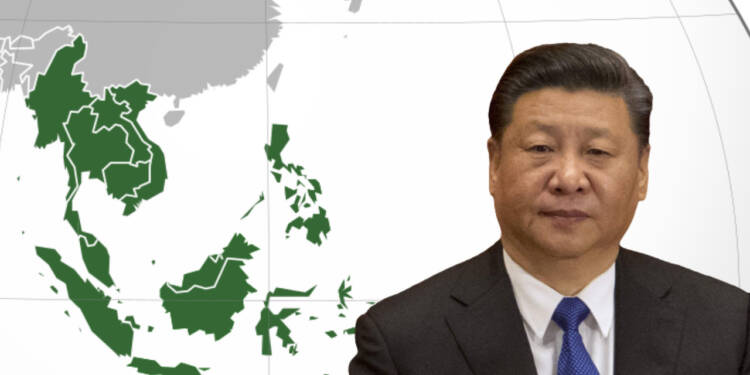 Ever since COVID-19 became an international menace, Vietnam has been the most favoured destination for non-Chinese companies seeking to diversify their supply chains. Manufacturers have been moving out of China, and Vietnam has been their first choice. Riding on a wave of comparatively better COVID management and economic stability,

Vietnam is now looking to consolidate its islands to prevent further encroachment by China.

He also signalled towards establishing a solid barrier around these islands that would protect national sovereignty, with regard to Vietnamese and international law, including the 1982 United Nations Convention on the Law of the Sea (UNCLOS).

Truong Sa is an island district in Khanh Hoa province, on Vietnam’s South Central Coast. During a working session with the standing board of the Party Committee of the South Central Province on March 13, PM Chinh underlined that the province should first focus on developing logistics services for the fisheries sector and assisting residents in the district to live a stable life while reinforcing national defence and security at sea.

Khanh Hoa achieved 13 of 22 socioeconomic targets last year, according to provincial leaders, with state budget revenues exceeding the target by 2% to over 14 trillion VND. By 2022, the province hopes to have accelerated its socioeconomic recovery and development, with an 8.5 percent economic growth target.

This is a strategy that has gained traction across Southeast Asian countries. Countries like Vietnam and Indonesia are boosting their engagement with their islands in the South China Sea and closely integrating their people with the country’s economy in order to dissuade China from further advancing on the islands illegally claimed by China. A significant increase in trade and commerce with these provinces and islands can increase the cost of Chinese adventurism and thus deter any further annexation of the islands.

Vietnam is also developing its possessions in the Spratly Islands

Vietnam’s Civil Aviation Authority suggested building an airport in the Spratly Islands, which China claims as part of its territory, in the mid-last year. The aviation department proposed multiple airports, including one in the Spratly Islands, on the grounds that it would strengthen the country’s sovereignty over disputed features and islands in the South China Sea region.

Meanwhile, land reclamation in Vietnam’s outposts in the Spratly Islands goes on unabated. Its development was recently reported in a Twitter post.

1/ #Vietnam to develop its Spratly islands in the #SouthChinaSea to be an economic, cultural & social area of #Vietnam to assert its sovereignty

Read more: A new Vietnamese base is coming up in the Spratly Islands and Japan is written all over it

Similar to Vietnam, Indonesia has increased its focus on the socio-economic development of Natuna Island. This seems to have become the preferred strategy for the South China Sea claimant countries to counter the presence and belligerence of China and the Chinese PLA in the region.