Japan agitates China by jeopardizing its relations with the EU 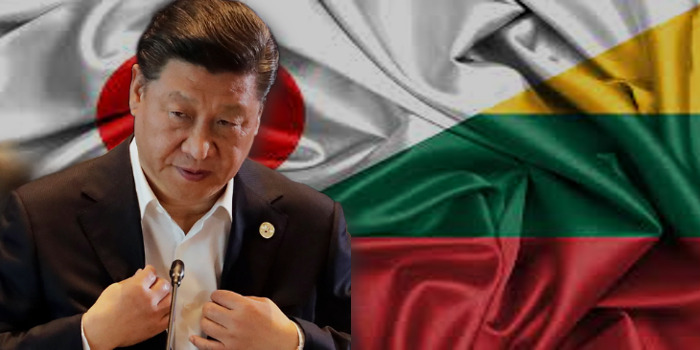 On March 26, 2022, the Minister for foreign affairs of Japan and the Republic of Lithuania respectively connected over a phone call and shared humanitarian concerns over the ongoing Ukraine-Russia conflict. Both sides condemned Russia’s aggression and they opined it as a direct attack on Ukraine’s territorial integrity with a serious violation of human rights to boot. This call may seem to be of mutual concern between two nations over Russia’s aggression on Ukraine and its people. But behind the facade, the talk is to irk China which already holds a bitter relationship with Lithuania. And with this phone call, Japan seems to agitate china by trying to jeopardize its relations with the EU.

Japan is one of the few countries which understand the larger meaning behind Beijing making every other nation follow the one-China policy. Given these facts, it is interesting to see a statement coming out of Lithuania on the same day when the Japanese Foreign Minister had a conversation with his Lithuanian counterpart. The thing which is even more intriguing is the fact that Japan commended Lithuania for its foreign policy approach, in what could be considered as the attempt on Tokyo’s part to legitimize the anti-China actions that Lithuania has been taking

Let us analyze the situation further by talking about the current friction between china and a small eastern European state – Lithuania and its reasons. Lithuania’s current wave of assertive move against china to a certain extent has been attributed to the change of government in 2020 which is believed to be a pro-American conservative party that espouses a “value-based” foreign policy and had explicitly offered support to the cause of Taiwan. Also, geopolitical reasons like the growing Sino- Russian partnership against the west have made Lithuania wary of China.

Lithuania has also been the biggest critic of China within the EU on the Xinjiang and Hong-kong issues. In May 2021, It also quit the the16+1 dialogue format, which was initiated by Beijing in 2012 as a multilateral forum for engagement with the countries of central and eastern Europe. Straight to the present, the immediate cause of the strife took shape in November 2021 when a Taiwanese representative office was opened in Lithuania. It was notable because it was for the first time that Taiwan was allowed to use its name to open an office within the EU. Following this, Beijing downgraded its diplomatic relations with Lithuania, calling it a violation of the “one China policy”. Connecting the dots, Beijing has discerned ou that indirectly, Lithuania is trying to become an ally of Taiwan which is vexing China inexplicably.

Read more: pint-sized Lithuania should question NATO rather than imposing a vaccine blockade on Bangladesh

Since then an unofficial trade war has also begun between the two where china has boycotted everything from Lithuania. Beijing is also putting pressure on companies to stop sourcing products from Lithuania for china-bound exports, threatening that they will lose access to the Chinese market if they do so.

But the question is do these sanctions impact Lithuania’s economy? Well, directly they may not since the country’s exports to China amount to only one percent. Whereas if we talk about indirect impacts Lithuania will see the weight of the sanctions because 80-90 percent of its exports are based on manufacturing contracts with the rest of the EU. And currently, the EU is the largest trading partner of China where customs authorities in China have stopped processing such direct and indirect goods sourced from Lithuania.

Also recently Lithuania has asked the EU to scrap the summit with China which has been already postponed once last year. All these situations have put the rest of the European nations in a dilemma about whose economy could be largely threatened if it tries to curdle the relations with China. In this background, the indirect entry of Japan and its timely attempt to ally with Lithuania is complicating the whole scenario which may imperil the relationship between China and the EU for long.

Assassination of Putin and other violent rhetoric

“Beat anti-China candidates until they cannot run for election,” CCP’s open meddling in US Mid-Terms