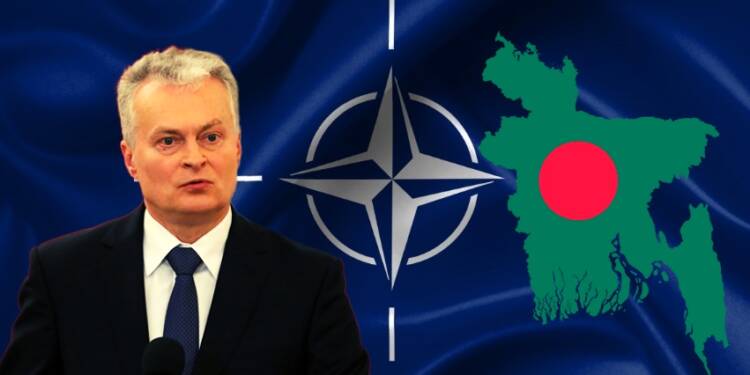 On March 2, the United Nations General Assembly voted a historic resolution denouncing Russia’s invasion of Ukraine and calling for an immediate cease-fire. Bangladesh was one of 35 countries that refrained from voting on the resolution, which passed with 141 affirmative votes. As a result, the Lithuanian government revoked its commitment to donate 444,600 doses of the Pfizer COVID-19 vaccine to Bangladesh on March 3.

Bangladesh chose to abstain rather than vote against the United Nations resolution. Dhaka’s vote does not condone Russian President Vladimir Putin’s actions. This is especially true following the destruction of a Bangladeshi cargo ship by an unidentified missile, which killed at least one sailor. Bangladesh and its people are acutely aware of the destabilising impact of conflict in a country that is increasingly involved in and reliant on marine trade.

Vilnius’ decision, on the other hand, either fails to comprehend or ignores the local context, as well as the severe geopolitical circumstances that drove Bangladesh’s decision. For one thing, Dhaka is unable to openly criticise Russia due to a variety of factors. Bangladesh simply cannot censure any foreign state, let alone one with the world’s greatest nuclear arsenal, second-largest defence sector, and a history of using professional mercenaries and assassins to wage proxy wars.

Lithuania canceled a shipment of Covid vaccines to Bangladesh as punishment for the country abstaining from the UN resolution condemning Russia’s invasion of Ukraine.

Is this collective punishment one of those civilized European values? https://t.co/Nivyv72dAG pic.twitter.com/8SXDLkwgHQ

However, the way in which the Lithuanian government has targeted Bangladesh has unintentionally lost all the soft power it had gained with its support for Taiwan. Hundreds of social media users have condemned Lithuania’s actions, calling them “outrageous” and claiming that the people of Bangladesh will suffer as a result of the government’s neutral stance on the Ukraine conflict. The Covid-19 vaccination has only been given to about half of Bangladesh’s population.

The way in which Lithuania has been able to take on the giant of a country that is China and its Communist regime has put an end to speculations of huge repercussions if one goes against China’s one-China policy. According to its latest Government Program Statement, Taiwan’s Ministry of Foreign Affairs (MOFA) welcomed news of the Czech Republic’s desire to encourage more collaboration with Taiwan and other Indo-Pacific partners.

The Government Program Statement, according to MOFA, covered the Czech government’s intended policies in diverse domains. The Czech Republic is a landlocked country in Central Europe. It is bordered by Austria to the south, Germany to the west, Poland to the northeast, and Slovakia to the east. This landlocked country was earlier taking a pro-Taiwan stance, but now it has completely joined Lithuania in leading a crusade against CCP.

Lithuania lost all the soft power it earned

Lithuania, as a NATO member, would be in a considerably stronger position to encourage NATO to take a tougher stance against the Russian incursion. Despite reasonable concerns about the conflict spreading to a continental or even global scale, NATO may be able to take some subtle moves to increase the costs of Putin’s invasion. Beyond these geopolitical factors, the public health imperative is both obvious and critical. As long as there are large global gaps in vaccination access, another COVID-19 strain will almost certainly emerge in a country like Bangladesh.

Withholding life-saving vaccines from countries that are even more susceptible than they are are both unproductive and hazardous. Many countries in the World South have already expressed their displeasure with the discrepancies and double standards in the global response to Ukraine versus invasions and occupations in other countries. Coercive measures, such as targeting impoverished countries recovering from a pandemic that has disproportionately affected the world’s poorest populations, are certain to exacerbate those frustrations and weaken a broader feeling of international solidarity.