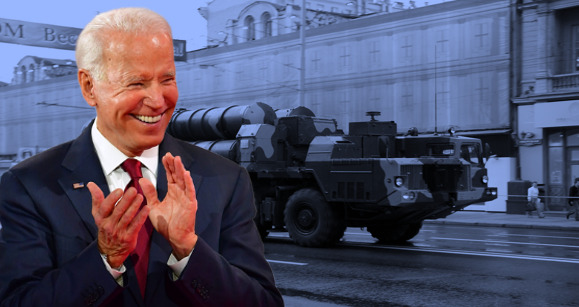 US supplying Ukraine with S-300 system

But it came to nobody’s mind that even Moscow’s staunchest rival America does also possess the S300 system. The S-300 system; the world’s most powerful missile defense system developed by Russia is stockpiled by the US for decades. And now, if media reports are to be believed, the US is making arrangements to deploy this defense system in Ukraine to bolster the Ukrainian military.

USA’s stockpile of Soviet weaponry is hardly documented and is super-secretive. A Wall Street Journal report says that the US has acquired a small number of Soviet missile defense systems so that they could be examined by U.S. intelligence experts and help bolster in training American forces.

Some reports indicate the US might have acquired this weaponry from Belarus in the 1990s. Pentagon had acquired the S-300 missile defense system under a clandestine project which involved a secret Pentagon contractor.

US officials involved in this $100 million project confirm that some of the Soviet-style weapons have been kept at the Redstone Arsenal in Alabama, which its website says serves as “the Army’s center for missile and rocket programs.”

It has also been confirmed that the S-300 system being delivered to Ukraine is not the one acquired from Belarus decades ago. This means that the US must have sourced its Soviet weapons from more than one nation. Any one of the 20 nations that purchased S-300 systems from Russia might have passed on the crucial defense equipment to the US in return for some strategic favors.

Now, this news is bound to set the alarm bells ringing in Moscow. Russia, which has already developed the S-400 and S-500 missile defense systems, would not like the US to see through Russia’s technological finesse. So, this development is definitely going to make Russians more cautious regarding their future S-400 sales to US allies. This way, it could become harder for the West to neutralize S-400’s superiority which presents a major security challenge for Western nations.

And secondly, it is for the US to clarify the delay that happened in supplying Ukraine with the missile defense system. Today, Putin’s war in Ukraine has caused countless deaths and devastated Ukraine’s sovereignty beyond repair.

The USA’s actions have only emboldened the Russian president. Meanwhile, NATO and the EU have backstabbed Ukraine. And now, buried under piles of pressure from the international community, the US is forced to help Ukraine through non-effective measures like announcing a ban on Russian oil; and providing Ukraine with the old-fashioned S-300 defense system. History will never forget nor forgive the timorous administration of the 79-year-old US President Joe Biden.