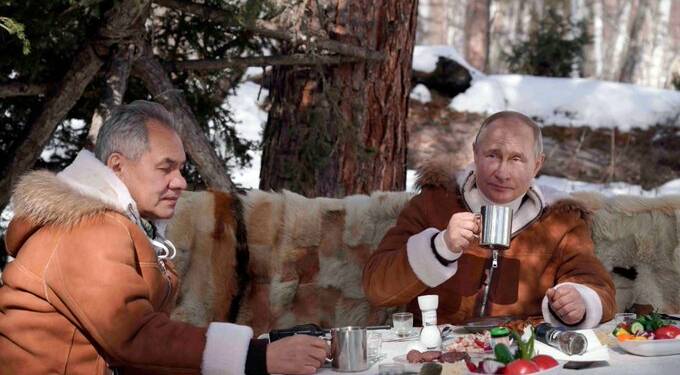 Russian President Vladimir Putin is angry! Someone in his inner circle, he believes, is revealing his invasion preparations to the enemies. Western media reports that some of these leaks have contributed to the deaths of several top Russian generals in Ukraine. So, Putin has now set a purge campaign in motion, of which Russian defence minister Sergei Shoigu is feared to be the first casualty.

Yes, you heard it right! The Russian defence minister could have been purged by the Russian President for obvious reasons. Media reports say he has not been spotted for almost two weeks now. The last time he was seen in public was around 12 days ago. Russian media outlets have also claimed that he has some “heart problems” and he is severely ill.

The latest news about Sergei Shoigu was aired on Russian TV on March 18. He was reportedly attending an awards show that day. However, the images used to represent Shoigu in that report were used from a video posted on Russia’s Ministry of Defense website on March 11. The disappearance of the Russian top commander is rare and flabbergasting since he was the one leading Putin’s war in Ukraine.

Moreover, Shoigu was mentioned on the Kremlin’s website on March 18 in a passage about Putin meeting with members of his Security Council to discuss the ongoing conflict in Ukraine. Interestingly, no images of Shoigu were posted after this meeting. Another important fact is that the last time he was seen with Putin was on February 27, just days after the Russian invasion began.

Adding to the speculation, his daughter was also recently pictured wearing the blue and yellow colours of the Ukrainian flag. Shoigu may likely have fallen foul of Putin’s suspicions. But no media outlet from Russia or the West has verified such reports so far.

Is Putin unhappy with the invasion results?

The Russian defence ministry has admitted that a large number of casualties has taken place on the Russian side. Figures from unverified sources from Kyiv suggest that at least 10,000 Russian soldiers may already have lost their lives.

Along with this, the Ukrainian military has acquired some advanced Russian military equipment, which it is now sending to the United States for further intelligence gathering on Russian weapons.

Although Russia claims that its invasion has so far gone as per planning, the sudden disappearance of Putin’s close aid and Russia’s defence minister is bound to raise suspicion among the observers. Now, this also signals that Russia’s invasion plans in Ukraine could be faltering. And that’s dangerous for the world. Putin has a propensity to amaze the world with his unexpected actions. He has already moved his family to a safe underground bunker. And that means he could be planning something really big, something really dangerous and something really unanticipated.

Heavy Chinese propaganda is turning Singapore into a Chinese colony