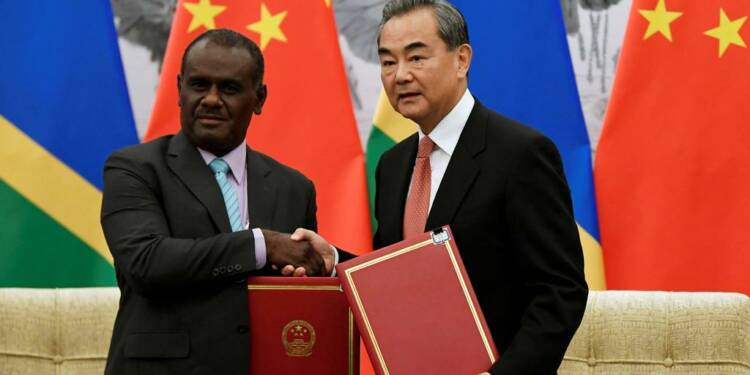 During the recent exchange of in-depth views, Biden reiterated that the U.S. does not seek a new Cold War with China; it does not aim to change China’s system; the revitalization of its alliances is not targeted at China; the U.S. does not support “Taiwan independence”; and it has no intention to seek a conflict with China.

China seems to be bolstered by these assurances. Its unquenchable thirst is motivating it to eye the Indo-Pacific region. After militarizing three South China Sea islands, it is all set to militarize the Solomon Islands of the Pacific region.

Historically, the Solomon Islands as a nation has been always pro-Taiwan. But almost two years back it established diplomatic ties with China. It all started when in 2019, a small island Tulagi, present at the centre of the Solomon Islands was leased to a Chinese company as a part of the “strategic partnership agreement”. The company intends to develop a refinery on the island. But as per the experts, its potential use as a military base by China cannot be denied.

Furthermore, China and Solomon Islands are all set to ink a security cooperation agreement. The draft agreement is already raising many questions. For e.g. Article 1 of the draft talks about the ‘scope of the cooperation’ where certain vague terms make the agreement sound fishy.

Distress to the neighbours

These new relations are getting on nerves to the Islands’ immediate neighbours specifically Australia, New Zealand and Papua New Guinea. The Solomon Islands and its immediate neighbours, especially Australia, have been sharing a great relationship with each other. In fact, during the recent riots in Honiara, the Australian government assured the maintenance of law and order by assisting the police force of the island.

They’ve also been great security, development, and economic allies for each other. Switching allegiance from Taiwan to mainland China not only poses a threat to these countries’ national security but also creates instability in the region.

These shifting diplomatic ties have also created problems for the PM of Solomon Islands, Manasseh Sogavare, at home. Protests erupted on Malaita Island where pro-Taiwan people protested against the pro-China government. In fact, during the protest, Chinese assets were targeted as well. Similar riots erupted in 2021 in the capital Honiara over the government’s decision to switch the allegiance from Taiwan to mainland China.

A strategic game of diplomatic chess

But why is China militarising these islands so aggressively? Well, China has a long-term goal of surpassing the United States and becoming a superpower. In the Pacific Ocean, Washington has already begun erecting military sites in key waters that belong to other nations. Thus, Beijing is attempting to destabilise Washington’s position in the region by militarising these islands. As a result, this shift in diplomatic connections can legitimately be described as part of China’s geopolitical strategic game.

Also read: For the first time in US history, a judge is nominated by the President because she is ‘Black’