Heavy Chinese propaganda is turning Singapore into a Chinese colony 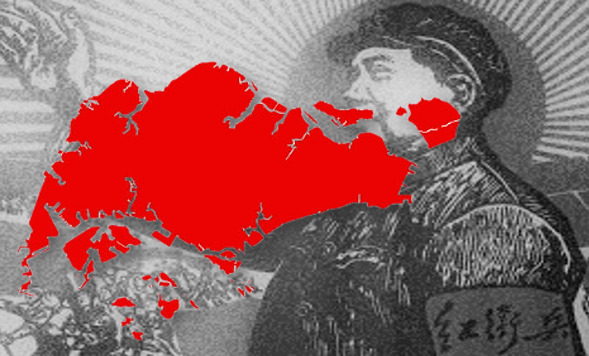 Singapore is under attack. No, it isn’t facing artillery shelling or aerial bombings. However, it is facing the heat of Beijing’s relentless information warfare.

Beijing is trying to find a soft corner amongst ethnic Chinese Singaporeans. And truth be told it seems to be succeeding as of now.

Why Singapore is vulnerable to Chinese information warfare

Make no mistake, all democracies are susceptible to the Chinese propaganda war. However, Singapore’s case is particularly different. It is probably the most highly exposed country to Chinese propaganda in the Indo-Pacific.  Well, there are many reasons-

● The ethnic Chinese community in Singapore constitutes 75 percent of the Southeast Asian nation’s total population. The CCP can push pro-Beijing propaganda amongst them.

Read more: Singapore is coming with strict laws to keep Chinese out from interfering in their affairs

● Singapore has an open, liberal society that uses English and Chinese language. It is easy for the CCP to reach out to the ethnic Chinese community in Singapore.

● Singapore has a low birth rate and 20,000 Chinese citizens get naturalized in the country every year. So, the ethnic Chinese population is continuously rising.

● Singapore’s economy is too closely associated with China. China is Singapore’s largest trading partner and Singapore is China’s largest foreign investor. This means more people-to-people exchanges for China and a greater opportunity for China to penetrate its propaganda in Singapore.

Singapore is the only country in the Indo-Pacific that views China more positively than the United States of America. According to a Pew Research Centre survey released in June 2021, 64 percent of Singaporeans view China as favorable.

This is in great contrast to the Indo-Pacific at large in which 75 percent of the total people view China negatively.

Predictably, the pro-China sentiment in Singapore is driven by its ethnic Chinese majority. 72 percent of Singapore’s Chinese hold a favorable view of the Communist country. On the other hand, only 52 percent of Indians and 45 percent of Malays view it positively.

Many Chinese Singaporeans are simply unable to subtract their ancestral roots in China from their national identity. For some pro-China Singaporeans, the disruptive growth of China has become a matter of pride coupled with growing disdain for the Americans.

Some Singaporeans do not see China’s hegemonic rise as a threat. They, in fact, interpret Chinese communism as benevolent and dismiss criticism against Beijing as Western propaganda.

The Singapore chapter of the French report makes some interesting revelations. It points out different narratives being used by China to push its line in Singapore. China reportedly propagates that Singapore is a part of “Greater China” and should remain loyal to Beijing. It also criticizes Prime Minister Lee Hsien Loong for undermining ties with China.

Read more: Singapore has always shied away from criticizing China but looks like things are changing and changing fast

And finally, there is this mandatory Chinese propaganda portraying the US as an anachronistic power, while emphasizing that the future is with China.

What starts as Chinese propaganda ends up becoming an instrument of coercion. Beijing is relentlessly propagating that Singapore shouldn’t be concerned about the South China Sea disputes and shouldn’t involve itself in the issue in any way.

Ultimately, it is Singaporean sovereignty that is under threat. China is controlling Singaporean minds. Soon, it might start using its control over public opinion to force the Singaporean government into submission.

The city-State should therefore guard itself against the threat of Chinese neocolonialism.

HYU Meaning with Explanation and Definition