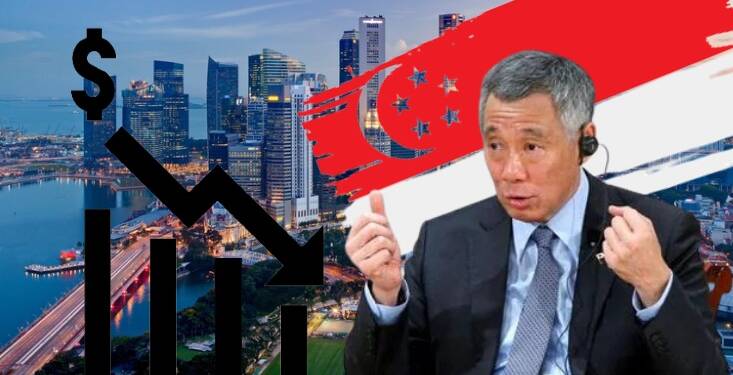 How do you see Singapore? A rich island nation right? I mean this is how everyone sees it. The country came second in World Bank ‘Ease of Doing Business rankings. At 17 per cent, the country offers the lowest corporate tax rate in Asia. All foreign investors, therefore, want to park their money in the island city-State.

But the advanced Singaporean economy is bound to go down. Prime Minister Lee Hsien Loong is now going populist with plans to tax the rich. This is the perfect recipe to destroy any booming, advanced economy.

Lee’s Singapore plans a super tax for the rich

Singapore has been traditionally known as a tax haven. I mean there are few countries that offer a regime with no capital gains taxes and no inheritance taxes.

Ask an investor about what he wants and he will say a regime with only a reasonable tax on what I earn. This is what Singapore offered. The wealth generators never felt that the government was out to snatch their money. Political stability in the country too ensured that investors had enough confidence in the Singaporean economy.

But in its latest budget, Singapore has raised taxes on its wealthiest 1% and has also hiked other levies. This is a desperate attempt by the Lee government to increase its finances, but it is bound to leave investors shocked.

Finance Minister Lawrence Wong talked about hiking consumption and carbon taxes to create a “fairer revenue structure”. Wong added, “That means everyone chips in and contributes to a vibrant economy and strengthened social compact, but those with greater means contribute a larger share.”

In order to target the wealthiest, Singapore will raise top marginal personal income tax levels. They will now peak at 24% for income over $744,000. Also, more taxes will have to be shelled out on purchasing new homes and cars. And Singaporean industries will have to suffer a steep rise in carbon emission taxes.

And this is bound to impact all sectors of the Singaporean economy. When income is taxed at a higher rate, investors will pull their money out of the country. When homes and cars become expensive, people will simply stop buying them and when manufacturing becomes expensive, industries will relocate out of the country.

Singapore has traditionally focused on preparing annual budgets that further its image as an open and prosperous economy. This is how a small island city-State managed to create a huge economy of around $379 billion. And the ruling People’s Action Party has stayed in power for around six decades with business-friendly policies.

But for the past three years, things have been changing. Singapore has been posting unusual budget deficits. COVID-19 Pandemic and the overall impact on Singapore’s aviation and tourism industry has led to a slowdown of sorts in the Singaporean economy.

Now, Singapore had two choices- stick to its free economy model and revive the economy, or it could embark on a populist model with taxes on the super-rich to raise government revenue.

Lee has unfortunately chosen the populist route. Till now, Singapore was a shining investment hub. But with heavy taxation, investors are going to get spooked and flee out of Singapore.

Singapore’s PM is virtually reducing Singapore into another Hong Kong.