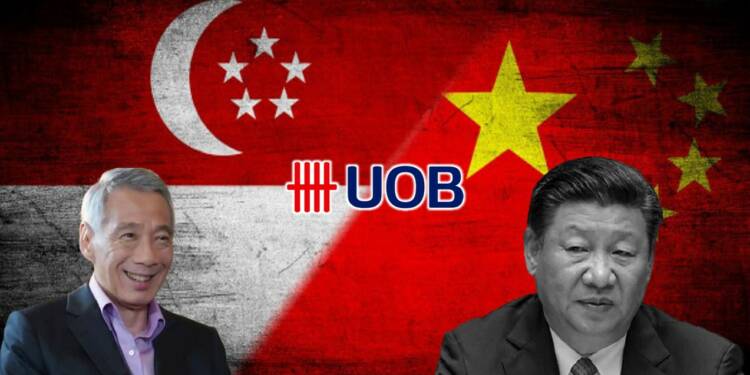 UOB deputy chairman and CEO Wee Ee Cheong said in a statement that “the acquired business, together with UOB’s regional consumer franchise, will form a powerful combination that will scale up UOB Group’s business and advance our position as a leading regional bank.” The CEO further said, “The speed to market is very important. We need to scale, we need to cross-sell.”

The deal is a part of Citigroup’s plans to dispose of its retail banking operations in 13 different countries including the four nations in Southeast Asia. So, Singapore’s UOB has now apparently taken full advantage of Citigroup’s departure from the region. The deal will help UOB strengthen its presence in highly competitive markets like Thailand and Malaysia. Also, it will also solidify UOB’s position in the domestic market as the bank faces stiff competition from DBS and OCBC bank.

Read More: Citibank gives a multi-billion dollar jolt to China and rolls out the red carpet for Taiwan

UOB’s ambitions in the digital arena

Banking on this rapid expansion of customer base in major Southeast markets, UOB group is also striving to boost its digital presence. Fintech startups, especially from China, have already crowded some of the regional markets. For instance, Grab and Sea are two major Fintech players in the Singaporean market. So, UOB is also investing heavily in the digital banking arena.

Why do UOB’s wide strides scare the hell out of Beijing?

UOB’s rapid expansion in both traditional retail banking and digital banking space is set to spark anxiety among Chinese players in the region. Singapore is not an ordinary market for Chinese players. For various Chinese banks and fintech firms eying an expansion in the region, Singapore is more sort of a launchpad rather than the most advanced financial market of Southeast Asia.

Rise of China’s banks and fintech firms in Southeast Asia

So far, three Chinese banks, namely China Construction Bank (CCB), the BOC and the Industrial Commercial Bank of China (ICBC) have been given the Qualifying Full Bank (QFB) status by the Monetary Authority of Singapore (MAS). After the signing of the RCEP and China’s Belt and Road Initiative, various Chinese businesses had flocked to Singapore last year. There are currently more than 7,500 Chinese-invested companies in Singapore across almost all the major industries.

Chinese fintech firms invested heavily to take over Southeast Asian markets. For instance, consider “Alipay” operated by Ant group. By 2020, the company had already registered its presence in over 200 nations. In Thailand, Ant invested in Ascend Money. Similarly, the Chinese group invested heavily in Indonesia’s Dana, Myanmar’s Wave Money and the Philippines’ Mynt, under partnerships with major local companies.

But it happened back in 2020 when Xi Jinping’s China was still a promising market for Chinese businesses. The last year’s Evergrande crisis and ensuing disaster in the Chinese real estate sector have stressed China’s banking sector. Their growth in the domestic market, which once fueled their expansion overseas, has taken a massive hit owing to the vehement economic downfall.

In July last year, China’s top banking and insurance watchdog had pressed the panic button while announcing that Chinese banks are facing the threat of rising bad loans in the future as the current economic recovery is unbalanced and lacks a solid foundation. China’s bad debt had increased by a whopping 108.3 billion yuan in just the first six months of the last year. So, it is obvious that the burgeoning bad loan problem has weighed down Chinese banks’ rapid expansion on foreign soil.

Similarly, China’s unabated crackdown on its tech sector has neutered its tech giants completely. At this critical time, UOB’s recent decision to expand its market share in both digital and traditional banking space will turn Southeast Asia into a red-hot region for banking companies. And that would pave the way for cash-strapped Chinese banks and fintech firms to rein in their banking operations in the region.

Chinese firms have today lost their competitive edge against foreign rivals. So, they will find it perilous to maintain their presence in fiercely competitive markets such as that in Singapore and various other markets UOB is expanding in. And that means UOB will grow in these markets at the expense of Chinese banks and fintech firms.