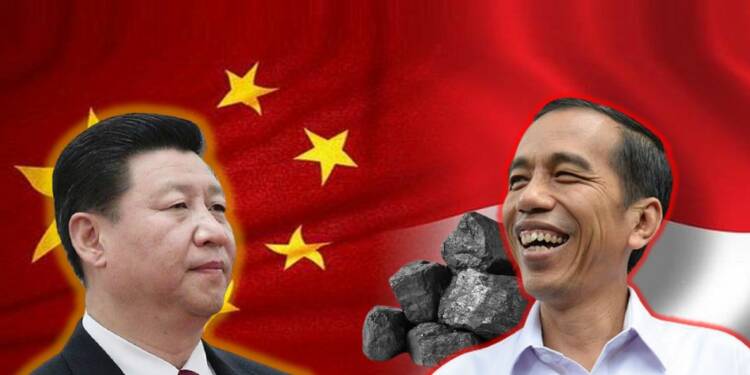 It’s a new year! 2022 has ushered in with it a lot of hope for people around the world. For Chinese citizens, the new year has brought with it gloom, uncertainty and the looming threat of major blackouts. You see, China is an energy-starved nation. Its powerplants are perpetually in a crisis mode, since the communist nation never seems to really have sufficient supplies of coal to fuel its power sector with. In November 2021, China’s coal imports hit their highest level, as the onset of winter began giving people extreme chills. With the winter season now in full force, Chinese citizens now stare at the prospect of freezing.

Indonesia has just put a freeze on all coal exports! The suspension of coal exports will be in force for the whole of January, and may be extended if need be. This is nothing short of a full-blown crisis for China. Without Indonesian coal supplies, China will once again be gripped by an unforgiving shortage of the fossil fuel. Even if Indonesia resumes exports by February, the cascading effect of coal shortfall for China will disrupt normal life in the communist nation for a long time.

Indonesia’s new year gift to China is savage. Ridwan Djamaluddin, Indonesia’s director general of minerals and coal said in a statement, “When coal supply to power plants are fulfilled then all return to normal, exports will resume. We will evaluate everything after January 5.” Indonesia is just trying to protect its own interests and energy security. The Southeast Asian country is itself faced by a whammy of sorts, and power plants risk running out of coal to produce electricity with.

Also read: Indonesia ropes in Russia and Britain to fight China’s claims in the Natuna Sea

Djamaluddin added, “Why is everyone banned from exporting? It’s beyond us and it’s temporary. If the ban isn’t enforced, almost 20 power plants with the power of 10,850 megawatts will be out. If strategic actions aren’t taken, there could be a widespread blackout.”

The widespread export ban may disrupt monthly coal production volumes of around 38-40 million tonnes. Export trends of previous years have shown that Indonesia sends out approximately 30 million tonnes of coal every January, and a significant portion of the same goes China’s way. In fact, as luck would have it, Indonesia is China’s biggest coal supplier. For it to suspend exports of the fossil fuel has quite literally paved the way for China to be paralysed.

Late last year, China struck a three-year deal with Indonesian miners for $1.5 billion of the fuel, as Beijing sought long-term options to displace Australian supplies. According to Bloomberg, demand for Indonesian coal has been kept strong due to China’s tremendous appetite for the fossil fuel, even as demand from India weakens. India is growing self-sufficient in the energy sector and has enough domestic resources to power itself.

Also read: Is ASEAN headed for a major split right in the middle? Indonesia’s sudden moves indicate so

Therefore, the suspension of exports by Indonesia will end up hurting China much more than it affects the Southeast Asian country’s other coal buyers. According to an industry analyst quoted by Reuters, the ban would push global coal prices higher in coming weeks as stockpiles decline. This, in turn, would end up being punishingly painful for China, as it would be paying higher prices for coal imported from alternate sources.

Late last month, Indonesia decided to make use of the European Union’s decision to discourage the import of Chinese steel and aluminium. Adaro Energy, a major Indonesian coal miner, announced plans to invest $728 million in an aluminium smelter and a second endeavour to establish a “new energy battery factory”, marking the company’s first substantial movements away from coal.

Also read: China is shutting down Aluminium, Textile and many more industries

2022 has been a disaster for China so far, and we are only two days into it. The coming 363 days, rest assured, will be nightmare for Xi Jinping as well, considering the fact that he remains in power, that is.