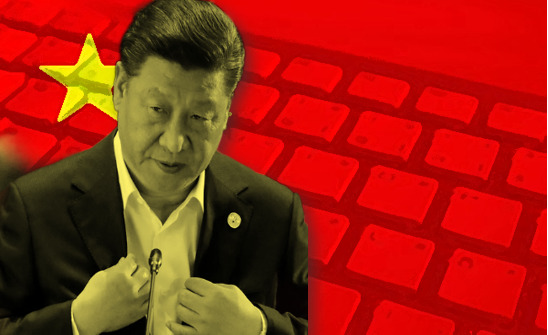 Chinese netizens are criticizing Putin’s war in Ukraine. They are voicing their concerns about deepening authoritarianism and hyper-nationalization in Russia. But isn’t that all their own president—CCP secretary Xi Jinping—stands for?

Yes, for people blasting Russia for the war, Putin is just a symbolic enemy. Xi Jinping is the real target. People are cuttingly citing Putin’s war to train their guns on Xi Jinping.

It is understandable how Xi Jinping has shown no qualms in censoring anti-Putin posts on Chinese social media. But recently, Chinese censors somehow stopped short of censoring one anti-Putin post by Hu Wei. New York Times describes Hu as a politically well-connected scholar in Shanghai.

Hu warned in a post that China risks becoming a global pariah should it refuse to denounce Russia for its war. Interestingly, his post triggered a rare anti-war momentum on Chinese social media for the first time since Putin’s brutal invasion of Ukraine began.

Of course, Hu faced resistance from the Chinese government. Soon the fifty-cent army would get unleashed on him, and CCP censors would scramble to remove his post. But the cat was already set among the pigeons. People had started talking about Putin’s brutality and his expansionist ambitions. People in China are increasingly realizing two things.

First, Putin is a brutal dictator whose war in Ukraine is aimed at satisfying his imperial ambitions. And second, China is brazenly standing by Putin’s side. They understand how China could unknowingly become a casualty in the ongoing conflict between the West and their northern neighbor.

Hu’s article was well-received on Chinese social media. The article attracted 300k views on the Monitor website, from where it was later removed. “We have never had any commentary that attracted so much attention,” said Yawei Liu, the editor of the U.S.-China Perception Monitor, referring to Hu’s article. Yawei said people in China are overwhelmingly supporting Russia, but the views of political, economical, and academic classes are starkly different.

The CCP understands that when people start talking against hyper-nationalism and authoritarianism, their own model of governance comes into question, even if people may appear to be targeting Russian President Vladimir Putin. Today, a large minority in China is denouncing Russia’s war on Wechat and Weibo, while also questioning China’s deepening authoritarianism and nationalism under Xi. Staunch supporters of Xi’s policies are very much fascinated by the idea of fighting a war, driven by Xi’s reckless warmongering and wolf-warrior diplomacy against the states he labels hostile. But the Russian war in Ukraine paints a completely different picture. Wars bring disaster, devastation to a country. They are suddenly waking up to a harsh reality the CCP never talked about.

Today, China stands at the cusp of heightened conflicts with big powers like Japan and India. Its ties with the US and Australia are not impressive either!

Southeast Asian nations look askance upon the way China treats them. Africa is wary of China’s debt-trap tactics. Europe is engaged in a fierce political and economic clash with China. The only friend that the CCP often boasts about, i.e. Russia is also increasingly getting cornered on the world stage. People rightly fear the West’s war against Russia could soon start rapping China’s door.