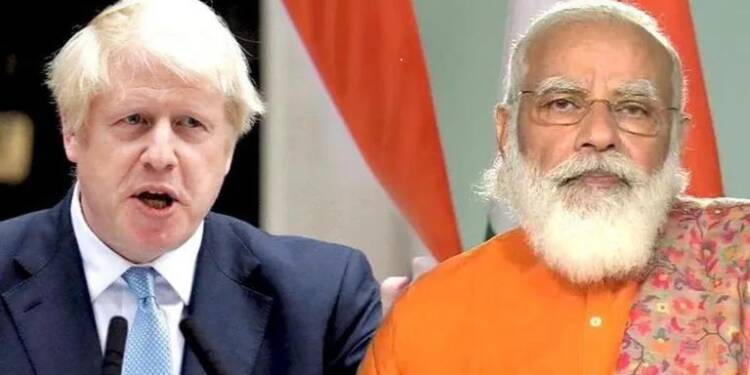 The United Kingdom has taken upon itself the task of constructing an anti-Russia coalition of democratic powers from around the world. To achieve the said objective, guess what London is doing? Well, it is trying to coerce India by strongarming the Narendra Modi-led government. Do you think that is a wise and pragmatic way to deal with the India of 2022? Ask any layman on the streets, and he will tell you that the Boris Johnson government, and London’s elites have lost their minds. They are driving India-UK ties to the ground.

Here’s how India has chosen to knock some sense into the United Kingdom’s establishment. A high-level delegation of Conservative and Labour MPs was scheduled to visit India to push for speeded negotiations in relation to a prospective trade deal between New Delhi and London.

The Modi government has just cancelled the visit of the said delegation. According to a report by The Guardian, the context of the British delegation’s visit changed after the invasion of Ukraine in February. Now, the delegation also looked at pushing India to pursue a pronounced anti-Russia line. Interestingly, all branches of the British government have been brought into use to pressure India to take a stand against Moscow.

Yet, India has refused to buckle. So, when the agenda of the delegation saw a drastic change, New Delhi decided to pull the plug on the planned visit as a whole.

The delegation, which was scheduled to visit Delhi and Rajasthan, saw its visit being cancelled after the Indian high commission raised objections at the last minute. According to the report, it is not yet clear if India’s issues were with individual members of the chosen delegation or related to a wider concern about British MPs being given a platform in India to urge PM Modi to take a more robust position.

The United Kingdom is trying to spin the development. British media wants everyone to believe that it was London that called off the visit due to its discomfort with India’s position in the ongoing war in Ukraine. However, the reality is that it was India that chose to stand up to British pressure tactics and coercion.

As far as negotiations related to the Free Trade Agreement are concerned, India could shelve them as well. Pressure tactics do not bode well with Prime Minister Modi’s government. London will be well advised to not strongarm India into accepting the West’s line on Russia, because of two factors:

By cancelling the visit of the British delegation, India has sent a stern message to all Western powers. New Delhi has made it clear that coercing India, or building up a united front against its foreign policy decisions will have consequences. While London has been smacked quite hard by the Modi government, the tremors will be felt in Washington as well.

Read more: A short history of how the West prevented India from becoming a major power for over 60 years

The United States, led by Joe Biden, is another major power that has been trying to force its own opinion on India. New Delhi cancelling the visit of the British MPs’ delegation, however, will send a resounding message throughout the Western world, which will echo most in Washington.

Already, Japan and Australia have accepted India’s position vis-à-vis the Russian invasion of Ukraine. In fact, Australia even went ahead to announce that India’s position has been accepted by the Quad, which includes the United States. As such, for the United Kingdom to try its luck with India was always a long shot, and now that London has been dealt a severe diplomatic blow by Prime Minister Narendra Modi, one can only hope that it wakes up and accepts India’s foreign policy sovereignty.