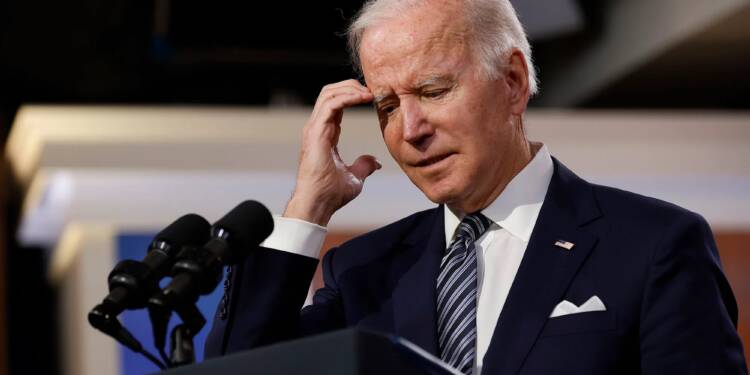 Joe Biden is beginning to cave in. To whom, you might ask? Here’s the answer – to the far-left lobby within the Democratic party which is disgusted by the sight of wealthy Americans. That all such Democrats are extremely affluent themselves is, of course, an irony which they expect ordinary Americans to ignore. The Biden administration has finally come out and decided to go ahead with the implementation of a wealth tax. The White House will, in the coming budget, levy a minimum tax of 20% on households worth more than $100 million.

Called the “Billionaire Minimum Income Tax“, the new tax regime is aimed at cutting projected budget deficits by more than $1 trillion over the next decade. According to the Biden administration, “this minimum tax would make sure that the wealthiest Americans no longer pay a tax rate lower than teachers and firefighters.”

As a part of the new tax regime, Tesla supremo Elon Musk would pay an additional $50 billion in taxes, while Amazon founder Jeff Bezos would pay close to $35 billion more. The proposal would prevent the wealthiest people in the United States from paying lower rates than those who consider themselves to be middle-class.

On the face of it, this looks like a brilliant move to create a much more equal and equitable society, right? Let me explain why that is most certainly not the case. In fact, taxing the super-rich is the most stupid move the Biden administration could have made, and now, the middle class is set for a big shock.

Taxing the Super Rich: Not Glorious at All

Modern economies, especially those in the West, are inherently capitalistic in nature. They are centred around industries and those that control them. Industrialists and business owners are the pillars of the American economy. Their companies create jobs; goods and services for the American people.

The United States has a highly productive economy. Therefore, the generation of wealth for those who own companies is much faster and much larger in quantum.

However, what incentivises a successful business owner, industrialist or investor to continue working within the American economic setup? Low taxes and high returns. That is what motivates these people to keep putting their money in the economy and expanding their businesses and investments, which in turn creates jobs and generates employment for millions.

A wealth tax, the kind of which Joe Biden is about to roll out, will lower investments in human capital and dissuade the creation of new businesses. Business owners will shift their base of operations out of states that have extremely high tax brackets, to those which have relatively lower ones. Some might even shift their business out of the United States to developing countries.

Biden’s wealth tax will make the American economy undynamic and much less competitive. Why you might ask? Because the risk-taking appetite of businesses will shrink, considering the fact that they must doll out excessive cash to the government; cash which would have otherwise been utilised for long-term projects and investments.

Ultimately, the middle class will emerge as the biggest loser. They will suffer the trickle-down effects of the wealth tax regime, and will suddenly find themselves unemployed and in a market where there are no jobs. That is what businesses shifting out of the USA will ultimately lead to.

What Biden’s tax will do is annoy the super-rich. Since the American economy is heavily dependent on such individuals and their enterprises, the middle class will suffer the collateral damage of a plateauing economy. Mind you, I am being rather conservative with the usage of the words “plateauing economy”. There is a high chance that America’s economy will spiral down a dark road as well, in which case the middle class will once again end up getting bruised the most.

The middle class cannot cushion the impact of an economic unwinding like the rich can. The super-rich can live a lavish life despite the wealth taxes and economic slowdown. The middle class cannot. It will suffer on an immediate basis. Yet, the myopia-struck Biden administration cannot seem to see the disaster that it is birthing.