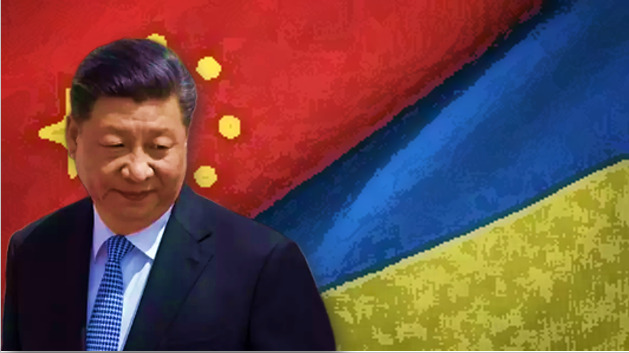 Xi Jinping and the Chinese Communist Party have for long tried to maximize their interests notwithstanding their commitments to countries, even if for an all-weather ally like Russia. China is seeking ways to reclaim its pre-pandemic hegemony, which got spread from its own territory. China’s economy is currently faced with numerous challenges erupting out of the Covid mismanagement and its foreign policy paralysis. So, China would be really looking forward to making a fortune out of the green agenda being pushed by the governments in the West.

Read more: France and the Philippines are jointly building a lethal submarine force to sink the PLA

In line with this, China has already a long-standing agreement with Ukraine, that compromises the Russian position. The CCP and Ukraine signed eleven agreements in December 2013, one of which was the “Joint Declaration of Ukraine and China to Deepen Strategic Partnership.” If a nuclear state deployed nuclear weapons against Ukraine, China committed to providing a “nuclear umbrella” to safeguard Ukraine. China signed it despite knowing the differences between the Ukrainian government and Russia, one of its closest allies.

This was an odd deal because Beijing professes to have a no-first-use policy, implying that it would engage in a nuclear war to protect a country other than China. Why did the CCP agree to such a deal?

It was Because of Ukraine’s strategic relevance to the CCP in terms of resources and military technology. China was Ukraine’s greatest commercial partner in 2021.

And while the CCP is willing to show its strategic ambivalence in the current Russia-Ukraine crisis, it is obvious that in situations where Russia is left alone, China will make sure to maximize its interests, even if it is at the expense of Moscow.

Second, the CCP could demand that its participation in the Russian operation be subject to certain conditions. The CCP, for example, could demand that the US and Europe pledge not to interfere in its annexation of Taiwan.

Third, if the CCP can persuade Russia to stop and/or withdraw, it will be permitted to send its military forces into Ukraine to keep the peace under a mediated truce. This commitment would put the Ukrainians in a position where they would be competing for resources with two kleptocratic autocracies (Russia and China).

Allowing PLA personnel from the Chinese Communist Party into Ukraine would be like letting the fox into the hen house. If Ukraine were to experience a political crisis, the PLA’s position would be dubious at best and treacherous at worst.

Fourth, allowing Beijing to negotiate on behalf of Europe and the US would allow the CCP to exert influence over the level of Western pressure on Russia. Ukraine has a lot of resources, but Russia has a lot more, which the CCP would gladly take advantage of. As a result, the CCP might drag Russia into its web of control, either to absorb it into the CCP “borg” or to turn Russia into a vassal state subject to the CCP’s whims.