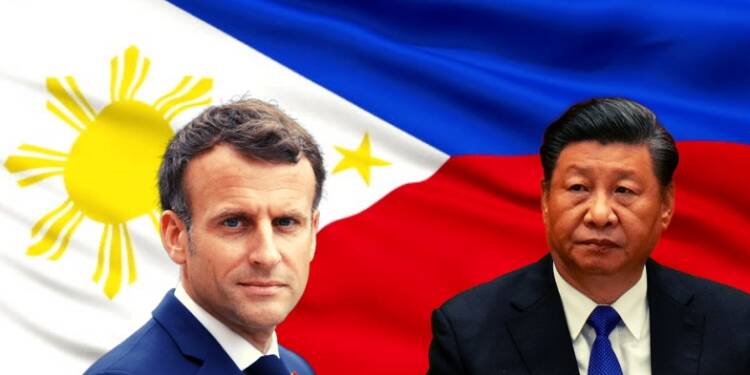 The Philippine Navy has been trying to raise a submarine force of its own for quite some time. And it seems that France will finally help Manila build it.

France assures assistance to the Philippines

France has expressed its readiness to help the Philippines modernize its armed forces. And in particular, it is talking about supplying assets for raising a Philippine “submarine force.”

Rear Admiral Jean Mathieu-Rey, Joint Commander of the French Armed Forces in the Asia-Pacific, said, “We are working with our partners with the Philippines on these kinds of assets. France has a long-time tradition of building submarines. We have started our submarine patrol since 1973.”

Rey added, “We are good partners who can help in establishing a submarine force.”

Without naming China, the French military official added that a “submarine force” would be beneficial for the Philippines when “confronted by competitors.”

Rey also said that in order to secure freedom of navigation in the West Philippine Sea, they are ready to hold joint or command patrols with their Philippine counterparts.

However, the French military official added that there was no agreement on the subject of joint patrols.

He said, “We are here to propose command patrol in the area. For example, patrolling in the exclusive economic zone of the Philippines.”

Philippine President Rodrigo Duterte issued a standing order that bars joint maritime patrols in the West Philippine Sea. However, his tenure comes to an end later this year and there may be a change in Manila’s policy on joint patrols.

To put it in simple words, we are talking about possible French-Philippine maritime patrols in the South China Sea to keep a tab on Chinese aggression in the disputed waterways.

Rey is presently on a visit to Manila to interact with Philippine defence and military officials and deepen ties between the military forces of the two countries. In fact, the French Surveillance Frigate Vendémiaire (F734) will also be docked in Manila during the same period as a sign of France’s attempts to achieve stability in the Indo-Pacific.

What makes the French proposal to help Manila in raising a “submarine force” special is the timing of the move.

Paris knows that most of the European powers are presently focused on the Ukraine crisis. Therefore, any military cooperation between France and a Southeast Asian nation will be perceived as a sign of French commitment to the Indo-Pacific.

In fact, the Philippine Navy has looked towards countries like France, Germany, South Korea, India and Russia, to supply equipment for its submarine acquisition project.

In 2021, a delegation of the Philippine Navy led by Vice Admiral Giovanni Carlo Bacordo had flown to Paris to meet with their French counterparts and discuss naval cooperation.

Now, France is capitalising on Philippine Navy’s plans to raise a “submarine force”. If France can deliver on the promise of helping the Philippine Navy in its big plans and convince Manila on the subject of joint patrols, then Paris would firmly establish itself as an Indo-Pacific power.

Read more: France and India are resetting the rules of Indo-Pacific and showing China the exit door

Most of the Western powers may be focusing completely on the Ukraine crisis, but Macron has a clear agenda- not letting China become dominant in the Indo-Pacific.