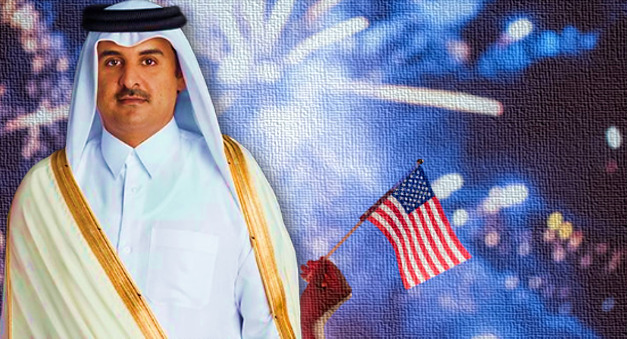 For Qatar, business interests are paramount. And to preserve the business interests, mending ties with Israel and the UAE becomes a necessity. Staying true to its aims, Qatar is attempting to profit from the world’s divisions over Ukraine, as well as tensions in the Middle East, in order to make itself more relevant for US foreign policy. However, in its efforts to increase its regional relevance and maximize its profits, Qatar has decided to drive a wedge between US-Arab relations.

For the longest time, while we all know the diplomatic acumen that the country possesses, it also knows that its geopolitical relevance will remain on the fringes till it becomes more important than any other Arab US ally. Qatar used its hosting of the Taliban last year to not only restore the fundamentalists to power but also to secure the US’s much-needed “major non-NATO partner” status. Qatar is now attempting to capitalize on the energy and inflation crises that have resulted from the Ukraine conflict in order to make itself appear even more vital.

Geopolitics of Qatar & its intentions

According to the Fars News Agency’s International Service, former Qatari Foreign Minister, and Prime Minister Hamad bin Jassim Al-Thani was quoted in Iranian media as saying that the “energy crisis following the Russia-Ukraine war and the urgent need of European countries for Middle Eastern oil” has made Qatar more important.

“We know from our experience that the West is forgetting our countries; It does not interact with us on the basis of equality or common interests, and only remembers us when it is in dire need. It is as if our countries are a treasury that they open during difficult times,” he wrote, according to Fars News. “They should know that we also have interests and that it should not be harmed, and that this should be done on the basis of mutual interests.”

He is arguing that the West is in desperate need of energy supplies, and Qatar can help. According to the former Qatari official, Qatar may seek a free trade pact. It’s unclear whether this is a Qatari test balloon or simply the former official’s words. What matters is that he appears to be saying publicly what is frequently discussed privately in Doha.

Qatar and Germany have sealed a long-term energy partnership. Qatar’s Emir Sheikh Tamim bin Hamad Al Thani met German economy minister Robert Habeck on Sunday and discussed ways to deepen bilateral cooperation in the energy sector. A German spokesperson said, “The companies that have come to Qatar with (Habeck) will now enter into contract negotiations with the Qatari side.”

Qatar has said that it agreed with Berlin that “their respective commercial entities would re-engage and progress discussions on long term LNG supplies”. So, Germany is all set to import Qatari gas. It is being said that the move is aimed at reducing German dependence on Russian gas. Anti-Russia activists in the Western world will hail it as a victory for global peace and security.

This is how Qatar comes out on top. Qatar had hoped to grow its exports to Germany in recent years, and the war has provided them with a new opportunity. Furthermore, US tensions with the UAE over a variety of problems have allowed Qatar to continue to use its Washington lobbyists to gain more from the US.

Meanwhile, Qatar has made additional statements in support of the Palestinians, which come as officials from Morocco, the United Arab Emirates, Bahrain, and Egypt prepare to meet in Israel for the first time this week.

According to the Palestinian Qafa news agency, Palestinian Prime Minister Mohammad Shtayyeh hailed Qatar’s Emir, Sheikh Tamim bin Hamad Al Thani, for his words in support of Palestinian rights during their meeting in Doha on the margins of the Doha Forum today.

The Emir of Qatar was also updated on the severe financial and economic situation in Palestine by the Palestinian Prime Minister. This is significant since Iranian media reported on Qatar’s support for Palestinians. It demonstrates how all of these issues are linked.

Qatar aspires to be a key non-NATO ally of the United States, as well as sign new energy agreements and strengthen connections with Iran and the Palestinians; always in the right place at the right moment to capitalize on its strategic location astride the Middle East, somehow able to play both sides.

Top 47 Everything is temporary quotes: remind everyone