How could China exploit the Ukraine crisis to legitimize the brutal Taliban regime? 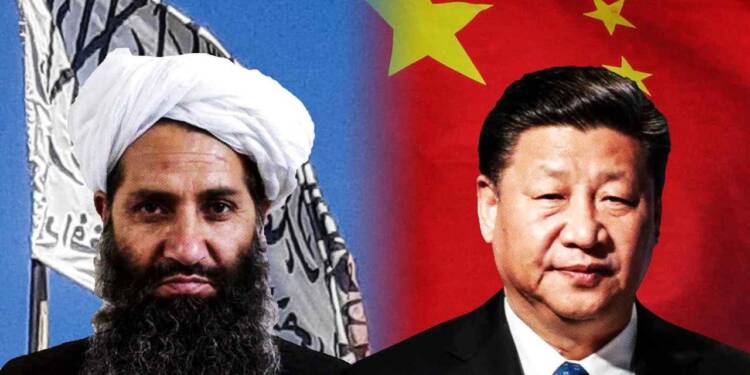 The statement has come during the end of a two-day meeting organized to discuss Afghanistan affairs in Beijing. Be it minerals, or its long-awaited BRI Project, China eyes the Taliban as a good ally for its trade and economic functions.

After a prolonged war of 20 years, the United States decided to withdraw its forces from Afghanistan leading to the Taliban’s return to the war-torn country. Since then, China is actively trying its best to link with the Taliban for its gains.

In dealing with Afghanistan, Chinese President Xi Jinping has been very careful. He didn’t name any of the country’s Taliban leaders’ human rights violations. Meanwhile, Wang Yi has also urged the US to ease the freeze on the people of Afghanistan’s foreign assets and to end all sanctions against the government.

These actions are surely a part of China’s broader plans. China has been facing issues in mining worldwide. For instance, Indonesia is already examining ways to levy costs on exports of nickel pig iron and ferronickel. The ban could be imposed in the next few months. And if the world’s largest nickel producer is imposing a ban, then it will tighten the already stressed supply chains for Chinese steel plants. Also in 2021, the Democratic Republic of Congo (DRC) banned six Chinese-owned mining companies from operating illegally in the country. Congo’s President Felix Tshisekedi increased scrutiny of Chinese mining activities, reviewing a $6 billion “infrastructure-for-minerals” deal with Chinese investors and reassessing China’s Molybdenum Tenke Fungurume mine.

Thus, Beijing is eying dominance over minerals across the globe. As per a recent report by Sinosure, China’s state-owned export insurance company, many Chinese state-owned groups have acquired a considerable stake in world-class copper, cobalt, and lithium mines all across the world. A major point in the report claimed that Chinese investments in these minerals will help China gain a major advantage in key areas like new energy vehicles, high-tech manufacturing, and power equipment.

So, why does China see Afghanistan as an alternative?

The land of Afghanistan has a tremendous wealth of non-fuel minerals whose value has been estimated at more than 1 trillion dollars. Minerals like iron, copper, lithium, rare earth elements, cobalt, bauxite, mercury, uranium, and chromium are available there.

Now, the Taliban is attempting to get international recognition, and China appears to be a valuable resource in this regard. China’s actions show that it is eager to cooperate with Afghanistan. When the Taliban took power in Afghanistan, China pledged 200 million yuan (US$31 million) in aid to help the war-torn country rebuild. The Taliban’s spokesperson expressed gratitude for the assistance and declared that Beijing was their most important ally. China has also indicated an interest in expanding its Belt and Road Initiative (BRI) into Afghanistan, citing the “Taliban’s” belief that the initiative is beneficial to the country’s development and prosperity.

As a result, China is now requesting Afghanistan to repay the favour by granting the  Dragon access to its untapped mining locations. Friendships. are a two-way street, after all.

Moreover, China now has a new opportunity to continue its efforts, courtesy of the Russia-Ukraine war. The distraction of the United States from Beijing has only boosted the Dragon. China would not have pressed hard for cooperation with Afghanistan in a normal situation. Beijing, which is already struggling economically, would have preferred not to be further harmed by US sanctions by collaborating with the Taliban. However, as the United States’ engagement with Russia multiplicates, China may see the protracted conflict as an opportunity to legitimise the Taliban in exchange for minerals and trade.

Collection of TOP Self discipline Quotes and Sayings