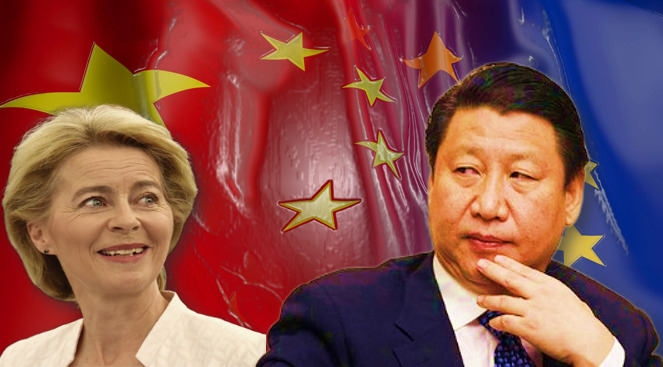 China, over the past few years, has strived to become self-dependent via its dual-circulation policy. Under this policy, China has been trying to ratchet up domestic consumption to shore up its manufacturing sector and reduce its dependency on exports to the West. The idea behind launching this strategy was to insulate China’s economy from any tremors from the US or the EU.

But China’s dual-circulation policy has already started faltering due to many reasons. The unprecedented surge in Covid infections destabilized energy supplies, debilitation of economic ties with the West, and rising economic woes, collectively, have torpedoed the CCP’s efforts to achieve self-dependency. Also, food insecurity is also a major issue that bulks large on the question of China’s independence from the West.

Bloomberg in an article said that food is China’s biggest vulnerability. It is believed in China that a food shortage in a country is a sign that the ruler has lost the Mandate of Heaven. “More than 70% of China’s food imports come from Brazil, the U.S., Canada, Australia, New Zealand, Indonesia, Thailand, Hong Kong, Argentina, and France,” the Bloomberg report noted. Despite stockpiling huge reserves of food items, observers say they could stabilize food supplies only for a few years of bad harvest.

The problem becomes aggravated due to the fact that China’s potential to increase domestic food production is extremely limited. China has only 0.21 acres of arable land per person, less than one-fifth of the 1.16 acres per person in the U.S. Now, it is understandable how achieving self-dependency could prove to be a next-to-impossible task for the Chinese government, which means that China faces a rocky path in its way to materialize its “dual-circulation policy.”

China striving to RECOUPLE with the West

Now, China is trying the second trick in the book. In the backdrop of Russia being sanctioned left, right, and center by the Western powers, China has stepped up its efforts to integrate its economy more closely with that of the US and EU. By increasing the West’s dependency on imports from China, the communist nation is trying to become too big to be sanctioned.

Simply put, China is now looking to aggressively recouple its economy with the West. One big sign of this overture came into view on Saturday when China proposed to revise its confidentiality rules to allow the US auditors to access the financial statements of companies listed on American stock exchanges.

The Trump administration in 2020 had made changes to the 2002 Sarbanes-Oxley Act that forced Chinese companies listed on American stock exchanges to share their financial statements with US auditors or face delisting in 2024. Today, around 240 Chinese companies are faced with the risk of getting delisted from the US. Hence, the recent proposal by China to give the US regulators access to audit reports of Chinese firms is a crucial step to resolving the decade-old audit dispute between the world’s largest and second-largest economy.

This shows that China is now willing to strengthen its economic ties with the US and prevent Chinese companies from getting delisted in the US. This could also be a sign of China facing vehement pressure due to the exodus of foreign investors. Reuters reported that Chinese bourses are the world’s worst-performing outside Russia, with IIF data showing daily average outflows touching nearly $500 million at one point.

China pledges to resolve disputes with the EU

Similarly, China has shown similar signs of its willingness to mend economic ties with the EU. The recently-held 23rd EU-China summit was all about both sides signaling an imminent thaw in the bilateral relationship. The war in Ukraine dominated the talks but the issue of cooperation on climate, food and energy security, and global health was also brought up.

European Commission President Ursula von der Leyen said that Brussels was ready to offer China vaccine support to contain its severe coronavirus outbreak that has left huge swathes of the population on lockdown.

Despite European concerns about restricted access to the Chinese market, Chinese Premier Li Keqiang told the EU that “reform and opening up is China’s basic state policy”. According to the Chinese account, Li hoped that the two sides would “adhere to two-way opening up”, a reference to an investment deal that has been frozen following a dispute about Beijing’s human rights record.

It’s more than clear that to insulate its economy from punishments similar to those being faced by Russia, China is now banking upon its increased economic cooperation with the West. Sadly, the EU and US, blinded by their hate towards Russia, are willingly getting played by China. Economic recoupling with China should be the last thing that the West should ever think about. China, reaping the benefits of Western developed economies, is striving to arm its battered economy to teeth. This will only increase the dependence of the Western economies on China; which could undermine their national security and economic freedom.