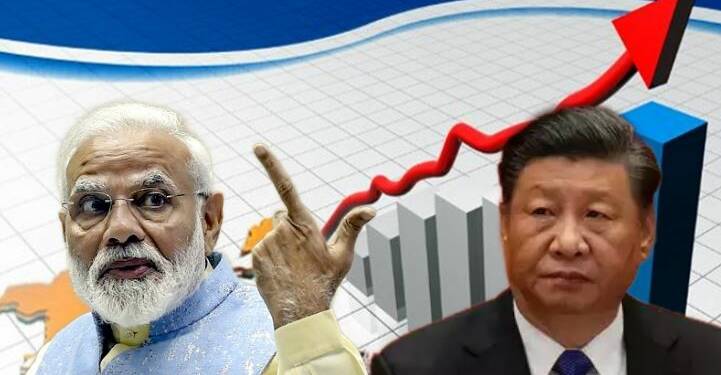 China had it all planned out. For the next decade or so, China aimed to hit double-digit economic growth every year. You see, China wants to desperately replace the United States of America as the largest economy of the world by 2030. That goal is now way off schedule. If at all, the ability of China to replace the United States has been dealt a severe blow. The condition is so bad within China that the Chinese Communist Party has itself downgraded the country’s economic growth rate.

China set its lowest GDP target in decades on Saturday. China’s Premier Li Keqiang announced the unusually modest target of around 5.5 percent in the presence of Xi Jinping. What this means is that China will witness the slowest rate of economic growth this financial year since 1991. That’s right. China is set to suffer a painful year, the kind it has not seen in three decades.

The Chinese Premier said, “A comprehensive analysis of evolving dynamics at home and abroad indicates that this year, our country will encounter many more risks and challenges.”

Painful Year Ahead for China

The Chinese economy has been unwinding for many reasons. The Covid-19 pandemic has stumped production and consumption within the Communist nation. China’s exports aren’t doing very well either. To make matters worse, China is reeling under the stress of a real estate sector collapse. Chinese developers are going bankrupt and are unable to pay their debts.

The property sector in China has plummeted. There is no significant activity among home buyers. And then, there is Xi Jinping’s unrelenting slaughter of China’s private sector. The Tech sector has been worst hit. All of this was bound to create tough times for China, and it has.

China needed double-digit growth over the next decade to beat the United States. Subsequent to that, it was anticipating economic growth of 8-9 per cent for the years that followed. However, China’s growth has already slumped to an “official level” of 5.5 per cent. That is not good news for the CCP, especially Xi Jinping.

But guess what? Even the 5.5 per cent figure is a lie. The Communist nation never publishes its actual economic growth. It has been lying through its teeth all these years. The latest figure too, therefore, is a mere eyewash.

What that tells you is that the health of China’s economy is far worse than actually perceived.

India’s GDP is seen growing at 8.9 per cent in the current financial year. According to all major studies, the Indian economy is poised to grow at the quickest pace among the league of large nations. In its January 2022 update, the IMF listed India as the only country whose growth projection has been revised upwards in 2022-23.

Do you see such numbers in China? Absolutely not. China has been reduced into a pathetic side show due to the imprudent economic policies of one madman who is hell bent on undoing all the gains made by his country in the past three decades.