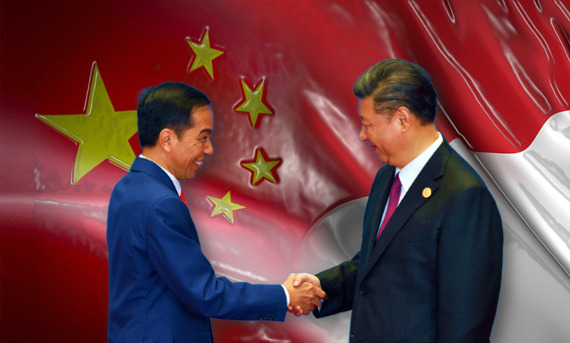 Indonesia has been one of the numbered countries that looks up to the principles of the Non-Aligned Movement seriously and as a result, it has been able to balance its economic engagement with China as well as its security and diplomatic engagement with the US and its regional allies. In 2019, a proposal was sent to the Indonesian government by the Indonesian Armed Forces (TNI) to expand the military force structure and assign more officers to civilian agencies and ministries. It was meant to address the issue of the growing number of General and Colonel Rank officers having to put their careers on hold due to the non-availability of jobs corresponding to their ranks and qualifications.

But this proposal attracted criticism from Indonesian civil society groups and leaders of political parties. It was charged that the Indonesian Armed Forces (TNI) is bent on resurrecting the dual function doctrine that allowed the military to have both socio-political and security roles in the country.

A big reason behind the Military increase in the civilian agencies and ministries can be attributed to the deepening relations between Indonesian President Joko Widodo and Chinese President Xi Jinping.

China and Indonesia are tuning with each other

Despite some conflicts between the two nations, it’s surprising that in recent years, Indonesia has quietly started warming up to China. The Chinese seek to enhance engagement with Indonesia to secure access to Indonesian resources, and perhaps convince Indonesia to act as a strategic fortification against Australia.

Indonesia benefits significantly from economic relations with China. The Indonesian exports to China—including commodities such as petroleum, iron ore, and palm oil saw an uptick in 2019-20. Then came the pandemic and the demand for Chinese products dropped.

Even when Indonesian President Joko Widodo’s re-election ballots counting was not finished in 2019, Widodo signed 23 memorandums of understanding with China (of approximately $14.2 billion) for several major infrastructure projects opening doors for China’s BRI initiative. The Indonesian investment chief expressed optimism about the future of China’s massive One Belt One Road (OBOR) infrastructure initiative in his country.

But, this new relationship is possibly facing a domestic backlash in Indonesia, as anti-Chinese sentiment in Indonesia has been on the rise.

The opposition has widely objected to china’s growing influence on the Indonesian economy. Even if President Widodo fails to give a clear position on the situation faced by the Uyghurs in China, many Indonesians openly condemn the Chinese government’s treatment of the Uyghurs. In a survey, Indonesians who polled stated that China is a “revisionist power”. The figure almost doubled to 42 percent between 2020 and 2021.

Is it similar to the trend in the Philippines?

2021 was hectic for the Philippine military and defense establishment. The country took a sharp confrontational turn than ever before, leading to tensions in the Chinese Communist Party (CCP).

Philippines President Rodrigo Duterte was anti-China throughout his campaign. But, when he got elected as President, he became a mere CCP Spokesperson.

He suddenly became a US Hawk and pulled out of bilateral agreements with their most important partner. He had even sent a letter to the US last year expressing his wish to terminate the Philippines – U.S. Visiting Forces Agreement (VFA). However, Rodrigo was forced to retract his statement under pressure from the military establishment.

The Philippines Military usually takes a harder stance than the government. Let’s take the example of one such incident. Philippine Navy decided to send over 200 military men to the West Philippine Sea to execute patrols and protect fishermen. These fishermen have a long history of getting harassed by encroaching Chinese forces. The initiative was not by Rodrigo.

More than Rodrigo, The Philippine military knows how to deal with the Chinese and that is why the Philippines military exercises with the US near China.

Also Read: It’s official – Duterte has been cut to size and China Hawk Philippine Military is in full control

Militarization can help Indonesia against China

Seeing a similar trend of deepening relations between the Indonesian Authority with the Chinese Authority, the Indonesian Armed Forces (TNI) have started to occupy the defense and security roles inside the government.

The Ministry of Defence is headed by Prabowo Subianto Djojohadikusumo, who is a retired Army Lieutenant General of the Indonesian Army. And interestingly, The Ministry of Defense is one of the three ministries mentioned in the Constitution of Indonesia, that cannot be replaced or dissolved by the President. So, even if President Widodo wants to remove Prabowo, he cannot just simply do it.

The other two ministries with such power are the Ministry of Foreign Affairs and the Ministry of Home Affairs. Under the 2004 TNI Law, active-duty officers were possible to get assigned to 10 different non-TNI agencies and ministries, including defense, search and rescue, maritime security, and other branches.

So, one can understand easily that TNI leadership wants to influence some policy issues within the country. Even if Beijing and Jakarta enhance their relationship in every dimension, the stake of security and sovereignty will be always over the military nullifying the role of Widodo if any situation arises.

Hence, with this indirect military coup, The Indonesian Armed Forces (TNI) can attain the dual function doctrine allowing the military to have both socio-political and security roles in the country.