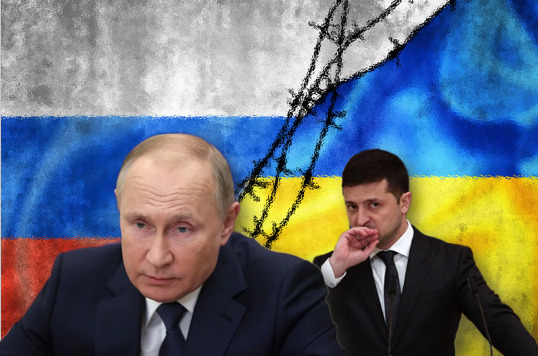 The Minister praised India for its stance over the war and appreciated India’s neutral deliberation over the issue. He thanked India for not joining the West’s rally against Russia’s invasion of Ukraine.

Ever since the invasion started, India has attracted a lot of media attention as it has constantly refused to condemn Russia’s actions, while pitching for ‘de-escalation’. India also maintains close trade ties with Russia despite the war.

On the other side, the Biden-led USA is on a mission to sideline Russia. Whereas, China is looking at the war as an opportunity to gain dominance over the world.

Neutral Approach to every international matter

Since Day 1, India has stayed neutral over the Ukraine question and has called for dialogue-based resolution. While most Western nations condemned Russia for violating international law and sought an immediate, complete, and unconditional withdrawal of its military forces from Ukraine, India is still urging to resolve the conflict through negotiations.

And see, this has always been India’s style. India has championed the Non-Aligned movement since the early 1960s and has taken a neutral approach to matters of global security and peace ever since.

In the last 7 years, Indian foreign policy has experienced a tectonic shift under the new government, but it has shied away from relinquishing its decades-old policy of non-alignment.

Now, there is a race between nations to have India on their side. Some recent developments suggest so.

Before her visit, UK’s Foreign Secretary Liz Truss, while attempting to impress New Delhi, said, “deeper ties between Britain and India will boost security in the Indo-Pacific and globally, and create jobs and opportunities in both countries. That matters even more in the context of Russia’s unprovoked invasion of Ukraine.”

Then came Uncle Sam’s turn to threaten India over its stance on the Russian-Ukraine war. America’s Deputy NSA Daleep Singh threatened India with “consequences” over the issue of procurement of Russian oil by India. Singh yapped, “The US does not want to see a rapid acceleration in India’s imports from Russia of energy and other commodities prohibited by global sanctions regime.”

You see, every nation on both sides of this ongoing war is trying every trick in the book, by hook or crook, to gain New Delhi’s favour.

If one wants to understand why India is not condemning Russia, one must know that the South Asian nation has been a close ally of Russia since the days of the erstwhile Soviet Union (USSR). In the 1971 Indo-Pak war, the USSR had played a key role in protecting Indian Forces from America-backed Pakistan.

Moreover, despite sanctions and America’s pressure, Indian oil refining company IOC has bought Ural Crude oil from Russia. India is also looking to set up a rupee-ruble trade mechanism to soften the blow of Western sanctions on Russia.

Moreover, India’s ties with the West, especially the US have grown stronger over the past 6 years. Under the Trump administration, US-India relations were elevated to a strategic partnership. Both nations cooperated on security and economy-related issues under the framework of the Quad security dialogue.

The US is India’s top export destination, and it plays a key role in the development of India’s economy. India’s role in the Russia-Ukraine war is welcomed by the West since it’s a democratic nation. India is one of the very few nations in the world that share friendly ties with both Russia and the West.

Various US allies that share close ties with Russia, like Turkey and Arab nations, are not democratic, and thus, the West may not be keen to involve these nations in the peace negotiations. Delhi, being equally closer to Washington, Brussels and Moscow, can bridge the gap between the two sides of the Pacific.

Yes, India has attracted a lot of scrutiny over its stance on the Ukraine question; but India is simply prioritizing its interests. However, given India’s close and strategic partnership with the West and Moscow, both the warring parties will feel comfortable touching down in New Delhi and holding the peace talks. The Russian foreign minister, during his visit, also invited India to play the role of a mediator. He knows that India is the only nation in the world that can stop the Russia-Ukraine war.

IHY Meaning with Explanation and Definition