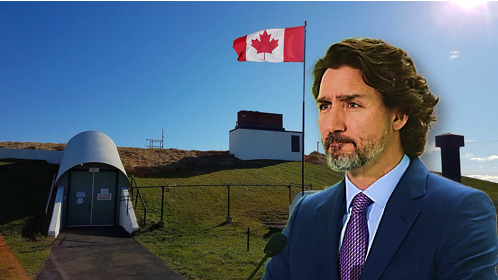 The last two years have been dominated by a global pandemic, and the threat of nuclear war has sparked renewed interest in fallout shelters and bunkers.

Civilians around the world are requesting alternative shelters and fortified homes, according to Hubbard’s business and other real estate firms in the United States.

“Honestly, I’ve never seen anything like this in my life,” Ron Hubbard told Global News.

The military operation by Russia has inspired a wave of worry across America about the threat of nuclear war, leading to a surge in demand for luxury bunkers in Canada and other major parts of the American continent.

Issues with The Canadian Military

The Canadian army is very small in size. It is ranked 23rd out of the 140 nations. Their military lacks diplomatic capabilities worldwide due to unfocused investments in cultural diplomacy and other soft power initiatives.

While, the other nation focuses on enhanced military, industrial and aid efforts.

As a member of NATO, 2% is a well-known defense spending benchmark. But, Canada spends about 1.4 percent of its GDP only.

Even if you compare it to other countries’ ratio of military-to-general population, Canada is too below the majority of the NATO partners and many other non-NATO allies.

Their armed troops consist of mere 67,000 personnel, with only a small fraction being combat-ready and trained. Considering the size of the nation, this is highly insufficient. And this must get attributed to the ignorance of citizens of Canada. A poll by DND in 2018 indicates that Canadians are in a sleepy state when it comes to their military. They have no knowledge or information about their military.

The poll also stated that Canadian’s knowledge and familiarity with their Armed Forces were generally very low, and virtually non-existent among younger Canadians.

Even the Canadian Government led by Justin Trudeau is also negligent about the matter. If the unawareness and low budget were not enough to make things worse, the Canadian Military also lacks defense equipment. You won’t believe this but, the Canadian military is still using Second World War-era handguns.

The Army Reserve structure has not transformed since the last two world wars. These units are not fit for operations- outside Canada and offer very limited value for domestic operations. Trudeau thought of the arrival of new guns starting this year, but in August 2021, one of the firms interested in bidding on the project complained to the Canadian International Trade Tribunal (CITT) that the proposed purchase is designed to favor its competitors, leading to delay in deliveries  till6 2023.

Canadians are on their own

With the ongoing conflict, NATO is upgrading its defenses to resist potential Russian nuclear, biological, and chemical assaults, as well as North Korea’s recent launch of a ballistic missile capable of striking targets across the Pacific Ocean. People are thinking about their bunker or shelter for protection as a matter of the consequences of these possibilities.

The Canadians have started to build shelters and bunkers with an addition of luxury zest to them. Essentially, fallout shelters look like uninviting shipping containers stocked with the essentials, but there are many companies on the continents adding luxury to the shelters.

Hubbard says his company is increasingly offering shelters that are equipped with stylish furniture, bedroom suites, walk-in closets, and more.

John Ramey, owner of the website “practical prepping,” told The guardian, that even he has seen a recent surge in his website traffic, indicating that people are looking for bunkers that could help them survive a nuclear blast.

So, what will you do if you understand that your country is under attack and your military is not enough in size, combat, and equipment? You either start running away or prepare yourselves. This is possibly happening in Canada.