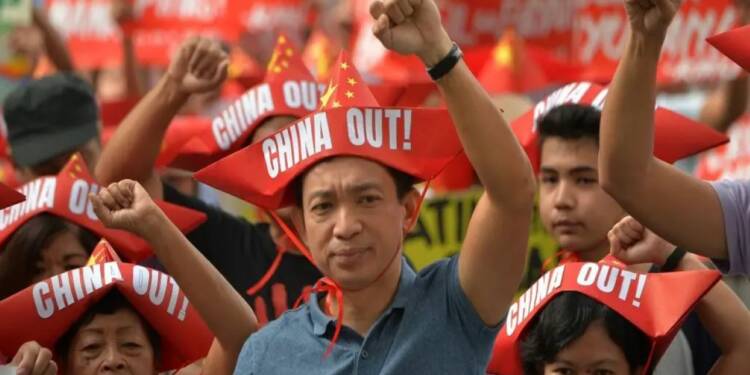 The Philippines is due to hold elections on May 9th of this year. Rodrigo Duterte, the current pro-China President, is facing anti-incumbency and has opted not to run for re-election. Furthermore, in polls, his opponent, presidential contender Ferdinand Marcos Jr, has maintained a significant lead.

“Bongbong” Marcos Jr., the son of former dictator Ferdinand Marcos, has displayed a reluctance to follow the Dragon’s orders indefinitely. He has stated that he will work to retain a strong relationship with Beijing while keeping relationships with the West intact.

Now, the CCP is irate that their pro-China president is stepping down. A China hawk in charge of the Philippines’ affairs would be catastrophic for Beijing. Perhaps it is now attempting to mollycoddle Bongbong in every way possible.

The Philippines’ foreign policy may take a new turn

Throughout his campaign, Philippines President Rodrigo Duterte was anti-China. When he was elected President, however, he was reduced to the role of CCP Spokesperson.

He abruptly morphed into a US hawk, withdrawing from bilateral accords with their most important ally. Last year, he even wrote to the US, indicating his desire to end the Philippines-US Visiting Forces Agreement (VFA).

With Rodrigo Duterte leaving the Presidential office, China has begun to see that its hold on the Philippines is eroding. As a result, China is now putting its money on Marcos Junior, a likely candidate to ally with Beijing. Beijing is certain that with the right incentives, it can reverse course.

And it appears that Marcos Jr. is aware of China’s intentions, as he is now holding a neutral stance on wooing China. In a virtual address, Marcos cautioned China that its approach of duping the West would not be tolerated, promising to retain the Philippines’ relationship with the US and tread carefully with Beijing over a territorial dispute in the South China Sea. Marcos has asserted unequivocally that the Philippines is not any nation’s adversary.

China is also aware of Japan’s decision to form an alliance with the Philippines in order to challenge China in the Indo-Pacific area. Japan has stated that it will organise “2+2” discussions with the Philippines and India to address maritime security issues, particularly in the South China Sea.

Along with Vietnam, Brunei, Malaysia, and Taiwan, China and the Philippines are both claimants in the South China Sea. The majority of the contested territory is claimed by China.

Now, Duterte may have been a Chinese puppet, but the Dragon is wary of a struggle over the South China Sea if Bongbong takes charge.

Moreover, the military in the Philippines usually adopts a more aggressive posture vis-a-vis China than the administration. Let’s look at an example of such an occurrence. In 2020, over 200 Philippine Navy personnel were dispatched to the West Philippine Sea to conduct patrols and protect fishermen. Encroaching Chinese forces have a lengthy history of harassing these fishermen.

This was an all-military operation with no involvement from the government. This incident exemplifies the military’s power in the Philippines. For the Chinese, the Philippine military would evidently be a source of constant friction.

Furthermore, according to a 2019 poll, 93 per cent of Filipinos desired to reclaim control of China-controlled islands in the South China Sea. As a result, anti-China sentiment is indisputably on the rise.

This is why Ferdinand “Bongbong” Marcos Jr, the front-runner in the polls, is hesitant to continue his predecessor’s policies. He has also expressed his displeasure with China’s military activity in the South China Sea. He claims it will assist Manila in defending its economic rights.

Marcos, China, and the beginnings of a new friendship

For decades, the Marcoses have governed Ilocos Norte. Bongbong’s sister, Imee Marcos, is a former governor of the province and currently serves in the Philippine Senate. Matthew Manotoc, her son, is the current governor of Ilocos Norte, while Bongbong and Imee’s cousin, Michael Keon, is the current mayor of Laoag’s provincial capital and a previous governor. Marcos appointees and allies hold major government positions in the regional municipalities.

The Marcoses took advantage of Chinese commercial and people-to-people opportunities throughout the Duterte years. To boost research and joint interaction, Ilocos Norte State University signed an agreement of understanding with Chinese universities.

Perhaps Bongbong and the Dragon have been forming a bond for a few years now. And Beijing would undoubtedly bend over backwards to further strengthen the friendship.

The most significant stumbling block for China in the Philippines is the South China Sea dispute. However, in the long run, these persistent efforts to strengthen ties with Bongbong will undoubtedly aid the Dragon in reverting to the Phillippines.