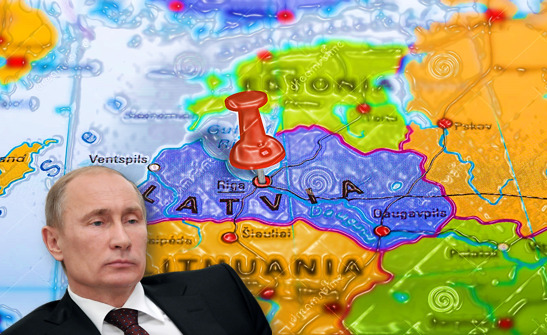 Latvia, a small Baltic nation tried following the path taken by its neighboring Baltic nations, Lithuania and Estonia. These small Baltic nations recently announced that they would not import Russian gas anymore amid Russia’s invasion of Ukraine. But Latvia seems to be hard-pressed with its hasty decision! Latvia could only sustain the ban just for a day. Latvia’s leading industry in the energy sector announced a long-term contract with Russian gas supplier Gazprom for importing Russian gas for the next 30 years.

Nevertheless, the inclusion of Estonia, Lithuania, and Latvia in the EU and NATO significantly reduced Russia’s ability to influence these countries’ domestic policies, which have been a source of concern for Moscow. Russia established a different way to keep a check on these nations. Russia under its energy policy has made these nations much dependent on their gas and oil needs. In fact, despite many plans for diversification over the past 20 years, they remain almost entirely dependent on gas supplied by Russia. Gas markets in the Baltic countries are highly disconnected from the rest of Europe.

According to Maigre (2010), the Baltic countries are currently only linked with Russia and Belarus through the existing infrastructure of oil pipelines, and electric and gas grids inherited from the Soviet Union. They are neither linked to the Western European electric grid (UTCE), nor the Scandinavian grid (Nordel). Also to the fact, Gazprom, the Russian gas supplier not only leads in supplying but also has substantial equity in all of the Baltic gas companies.

Read more: The most outspoken China hawk country in the EU is now being muzzled by the US

Despite the known fact that these countries rely heavily on Russian gas, earlier on Friday (1 April), Lithuania became the first EU country to completely stop Russian gas imports. Following suit Latvia and Estonia also decided to walk on the same path. The step has been taken to end their reliance on Russian energy, following the country’s invasion of Ukraine in February. Moreover, these nations have urged the rest of the EU to follow the Baltic example.

Lithuania’s President Gitanas Nausėda recently tweeted, “From this moment on— no more Russian gas in Lithuania.” “Years ago my country made decisions that today allow us with no pain to break energy ties with the aggressor. If we can do it, the rest of Europe can do it too!”

But Latvia soon felt the jitters over its decision. Latvia did a volte-face and entered into a valid long-term agreement on the supply of natural gas until 2030 with Gazprom providing for settlements for natural gas in euros. Mind it! We are talking that the deal is in Euros. This has come in the backdrop when Putin is asking for transactions mandatorily in Ruble. Nevertheless, Latvia strikes the deal to preserve its business and economic interests.

This indicates that to pull through their economy, Baltic nations are heavily reliant on Russia and it has shown to other European nations that there’s no way out of this Russian gas trap.