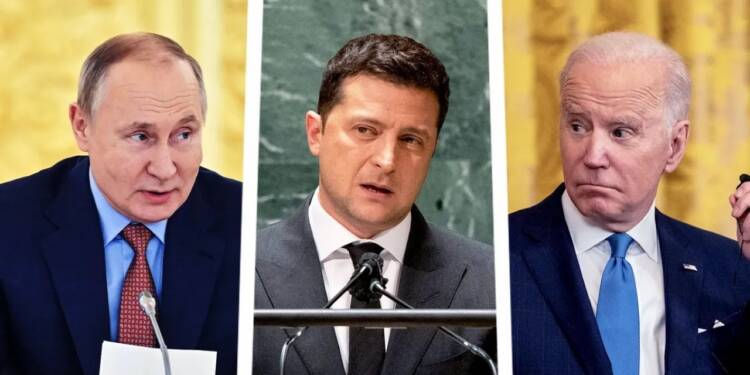 On March 11, the Washington Post reported that the US government believes Russia could soon carry out chemical attacks on Ukrainian soil. US security and diplomatic officials pointed to possible preparations by Russia for deploying chemical munitions and warned that the Kremlin may seek to carry out a “false-flag” attack that attempts to pin the blame on Ukrainians, or perhaps Western governments. When asked about more details, the officials brazenly declined. Guess what, this attention-grabbing assertion has now turned out to be official “fake news”.

“Intelligence” against Russia was fake

NBC News has now reported that the US administration had no evidence that suggested that Russia was preparing to use chemical agents in the ongoing Russia-Ukraine war. NBC quoted three U.S. officials as saying that there is no evidence Russia has brought any chemical weapons near Ukraine. They revealed it was just a pre-emptive move. It was deliberately fabricated to deter Russia from using the banned munitions. Some might call this a bold strategy, but one must not overlook the risks involved here.

First of all, information warfare isn’t a bad thing as long as it is deployed against your rivals. But it becomes unnecessary as you realize your information warfare could negatively impact the peace efforts. Just days after this bombshell intelligence report by the US was revealed, Financial Times reported that Ukraine and Russia were exploring a neutral plan in peace talks. Peace talks were already going on on both the warring sides. Now let me hit the bullseye, could this move by the Biden administration result in derailing the peace talks? Could this move end up fanning the flames of the war in the war-torn country of Ukraine?

And we are not alone in questioning the Biden administration’s dubious role in the peace process. Even French President Emmanuel Macron last month had advised Biden to behave himself not to escalate tensions in Ukraine through his ill-thought moves. Well, the 79-year-old President had called the Russian president a “butcher”, which prompted Macron to lambast Biden. Talking to broadcaster France 3, Macron said that he aimed at “achieving first a cease-fire and then the total withdrawal of (Russian) troops by diplomatic means.” He then warned, “If we want to do that, we can’t escalate either in words or actions.”

Believe me, it is not that difficult to understand one thing—don’t escalate the war if you want peace. Make no mistake, the USA is not militarily involved in this war; neither it should be. Then what’s the use of further antagonizing Putin? Will that stop the war? No! Instead, this will only pile the misery on the poor Ukrainians. Biden thought the fake news that it spread could help the Ukrainians fight out Russia! Well, that’s stupid; and dangerously stupid!

Is Biden fanning the fire on purpose?

We need to understand that Russian brutality in Ukraine knows no limits. This fake news by the US could have prompted the Russians to go ahead with chemical attacks! Especially after Biden did that “regime change” fiasco in Poland. On March 26, Biden told reporters that Putin can’t remain in power. Well, that was a signal that the Biden White House was eying to set a regime change in motion in Moscow. And not just that, he even signalled that the US could also use chemical weapons against Russia in Ukraine should the Kremlin use them first! This was just like an invitation to Putin to carry out chemical attacks in Ukraine.

And when Biden realized how his words could cost Ukraine its arm and a leg, he simply walked back his statement. Upon returning to the White House, Biden said that he never said any such thing. Listen to it yourself!

The White House has had to walk back multiple Biden gaffes in the past three days and this was seriously Joe’s response:

“What’s getting walked back?”

“None of the three occurred”pic.twitter.com/LUMIakVMAs

Dear Americans, that’s not a leader you must be feeling proud of, at a time when the world is literally at war. Biden’s foreign policy gaffes could land the US in hot water. Judging his actions and his words, one can comfortably say that Biden doesn’t want this war to stop anytime soon. He wants to exploit this war to demonize Russia in the world and bring China back to the mainstream. Stopping this war is not in Biden’s interests, and he is willing to go to any extent to fuel this fire in Ukraine.

31 Powerful life is a race quotes for you