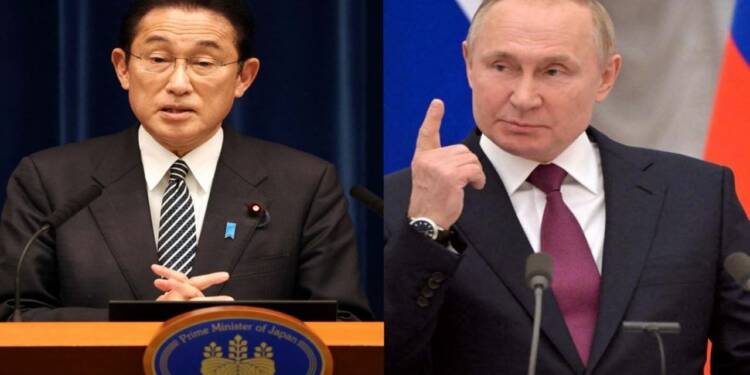 The international community is imposing a wave of sanctions on Russia after its invasion of Ukraine. Recently, Japanese Prime Minister Fumio Kishida declared a ban on Russian coal imports.

On the subject of alternatives, Kishida stated that Japan will quickly obtain alternative energy supplies and steadily cut imports, reducing its energy-dependent on Russia. However, he refused to give a timetable for the relocation.

Kishida is making quick efforts to impress his Western allies. His government is still pushing for sanctions against Russia. He is, nevertheless, completely unaware that his activities are harming Japan’s interests.

Its EV industry is already under strain. Japan’s energy and paper industries are further about to blow up in search of Russian coal substitutes.

Japan is massively dependent on Coal

Japan’s reliance on coal is enormous. It is the world’s third-largest coal importer. The country produces only 13 million tonnes of coal each year, placing it 49th in the world. Russia is Japan’s second-largest supplier of coal.

Furthermore, coal supplies about 32% of Japan’s electricity, making it a critical energy source, at par with liquefied natural gas.

Over the last decade, Japan’s dependence on Russian coal imports has more than doubled. Russian coal is utilized in the Japanese paper industry and accounts for around 13% of Japan’s power generation supplies.

Russia accounted for 15% of Japan’s coal imports in 2020, according to the state-owned JOGMEC (Japan Oil, Gas and Metals National Corp). The official trade figures say that the import price of coal was 2.5 times more than the previous years.

Following Kishida’s sanctions, these Japanese industries are under intense pressure to find alternatives to Russian coal as swiftly as possible.

For instance, Kyushu Electric Power, which serves western Japan, purchased 7% of its coal from Russia in FY20. The company is now facing a hard time and is under tremendous pressure to start looking for replacements, thanks to Kishida’s sanctions.

In addition, papermakers need a lot of Russian coal in their production operations. Pressure is mounting on them to make the transition as well.

Rengo, a Japanese cardboard manufacturer that imports an average of 140,000 tonnes of coal from Russia each year, has been forced to begin exploring other options.

The change will take time

Several European nations have pushed for a similar coal ban during the same period.

Now, here’s a question. If both Europe and Japan are looking for Russian coal substitutes, wouldn’t that tighten the demand-supply balance? Isn’t it also likely to raise utility procurement costs, adding to the pressure on already high energy bills?

Due to increased fuel, material, and shipping costs, Japanese paper companies announced price increases in November. Some in the industry believe that additional money is needed. So, how come the hunt for alternatives would not have an effect on these businesses?

Kishida’s attempts to impress the West are producing more problems in Japan. This has a simple explanation. You can’t simply remove Japan’s dependence on Russia from the equation.

For decades, Japan has relied on Russian coal to keep its economy afloat. And, because it isn’t alone in its search for alternatives, a quick transition isn’t possible. As a result, Japan will face even greater hardships in the future.