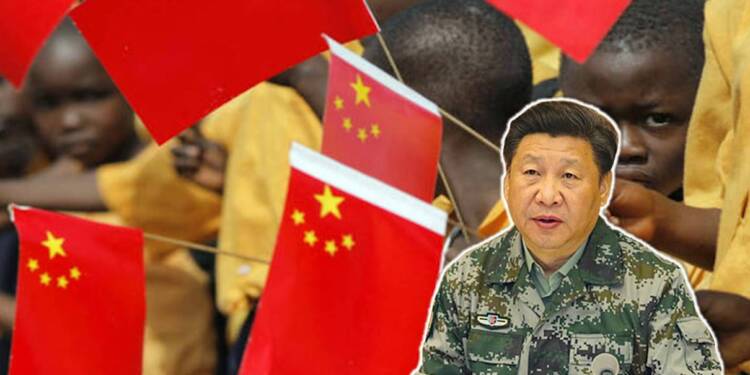 Have you ever heard of Russia’s Wagner Group? What is it exactly?

You’ve probably heard about it as a group of mercenaries that conducts all the dirty work for the Kremlin around the world, especially in Syria and Libya. Russian mercenaries operate in countries across Africa. In fact, they also aid the several coup d’états against existing the African regimes.

Russia, after the annexation of Crimea in 2014, was forced to expand its footprints in Africa owing to Western sanctions and isolation by the United States and its allies. China today faces a similar situation.

For its awful human rights record and escalating aggression across the Indo Pacific, particularly towards Taiwan, China confronts worldwide isolation and criticism. Many African countries were enticed by Beijing’s promise of revolutionary infrastructure and economic development when Xi Jinping launched the Belt and Road Initiative (BRI) in 2013. After a decade, most African countries have realized how the Chinese Communist Party has defrauded and enslaved them.

In recent times, the attacks on Chinese workers and projects have increased across the African continent. Africans have begun despising the Chinese and are standing up to China’s exploitative practices. Chinese citizens are being abducted, attacked, and chased out of Africa. Therefore, the Chinese Communist Party has begun heightening the presence of its state-affiliated mercenaries across the continent.

Chinese mercenaries can now be found in abundance in several African countries, including Sudan and Mali. China does not trust insurgent groups and military regimes of Africa. They often tend to support the people’s disenchantment with Chinese projects. Therefore, the CCP needs its own layer of security in Africa, and that is provided for by its private mercenaries who are linked to the Peoples Liberation Army (PLA).

According to the Small Wars Journal, Chinese mercenaries are, in fact, running a riot in Africa. The “private” security services offered by the mercenaries have very “close ties with the People’s Liberation Army and the People’s Armed Police.” What is worthy to be noted about these mercenaries is that they are mostly composed of Chinese military commanders.

At present, there are close to 20 Chinese private security companies currently licensed to operate overseas, which employ around 3,200 people. The focus of these companies, of course, is on Africa, where Chinese projects and lives stand in jeopardy. In fact, the number of Chinese mercenaries is larger than the total number of PLA peacekeeping troops deployed overseas.

The Sinicization of Africa

For quite a long time now, China has been behaving like a power that owns Africa and all its resources. Having debt-trapped countries en masse, the red rogue nation has been looking to seize control of its strategic assets, with the ultimate goal of establishing bases for itself across the continent.

According to the John Hopkins University School of Advanced International Studies’ China-Africa Research Initiative, between 2000 to 2019, China signed 1,141 loan commitments worth $153 billion with the African government and their state-owned enterprises. Described as resource-for-infrastructure deals, the Chinese RFI agreements in Africa are excluding locals and then there are other concerns like environmental damage and growing public debt. This is leading to a backlash against China’s African resource-for-infrastructure deals.

There are growing concerns inside Africa that the Chinese resource-for-infrastructure projects do not really benefit the general public and the locals. Resource-rich African nations are waking up to the fact that the Chinese come to their country, loot their resources, and don’t leave behind even short-term benefits for the locals.

Therefore, to protect itself against the rising wave of African disenchantment against Chinese projects, the CCP is deploying lethal mercenaries to the continent. What was so far economic neo-colonization alone has now turned into an all-out attempt to militarise the African continent with Chinese proxy troops.