Elon musk could engineer a hostile takeover of Twitter 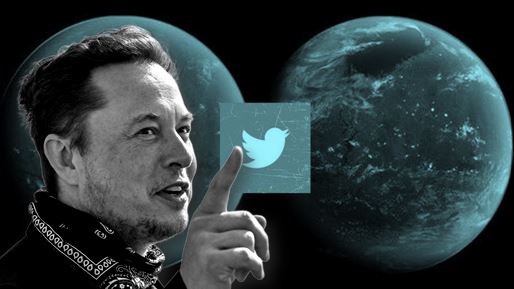 Elon Musk sent shockwaves around the corporate world when he bought a 9.1% stake in Twitter, making him the biggest shareholder of the microblogging platform. Elon Musk refiled his papers to classify himself as an ‘active’ investor, which means he is looking to influence Twitter’s board of directors and use his power to change the way the platform functions. But guess what, on Monday, Twitter CEO Parag Agrawal announced that Musk had decided not to join the company’s board of directors. Again, this announcement stunned the world.

Why would Elon Musk become the largest shareholder of Twitter and refuse to join the company’s board of directors, which would have helped him bring about constructive change?

There is a cap to the amount of stake a board member of Twitter can hold. That threshold is 14.9%. So, getting on the board of directors would have greatly limited Elon Musk’s plan of swallowing Twitter whole.

Now that he has refused to join the board of directors, the 14.9% cap does not apply to him. Already the largest shareholder of Twitter, Elon Musk could now effectuate a hostile takeover of the social media platform with ease and become the monarch of Twitter. Elon Musk is rich enough, and buying Twitter out would not even pinch the man. It would, however, dramatically change the way in which people around the world interact with each other.

Elon Musk despises Twitter in its current format. Since publicly revealing his investment in Twitter, Musk has tweeted several thoughts about the company’s services, including a poll gauging interest in an edit button, and floated the idea that users might pay for Twitter’s premium service using the cryptocurrency Dogecoin. Musk even went on to suggest that Twitter’s headquarters in San Francisco be vacated.

On Sunday morning, just around the time, Parag Agrawal announced that Musk would not be joining Twitter’s board of directors, the Tesla CEO tweeted: “Is Twitter dying?”. He also revealed that several of the most followed Twitter accounts “tweet rarely and post very little content.”

In fact, Twitter seems to have offered Elon Musk a seat at the high table to prevent him from going on a rampage and executing a hostile takeover of the company.

It would not be the first time that Elon Musk execute a hostile takeover of a company. Do you think Elon Musk founded Tesla? No, he did not. He took it over in a rather hostile and dramatic manner.

Tesla was actually founded by Eberhard and Marc Tarpenning. Yet, Musk was the richer one. Pockets filled with money he made out of PayPal, Musk bought Tesla, invested $6.5 million in 2004, becoming its largest shareholder and chairman, and belatedly got the label of a “co-founder”. Subsequently, he took over as CEO of Tesla, and now, the company is his.

PayPal is the successor of a company originally named ‘Confinity’ that came into being in 1998. Interestingly, Confinity wasn’t founded by Elon Musk, rather, it was the brainchild of Max Levchin, Peter Thiel, and Luke Nosek.

The first digital payments version of Confinity was launched in 1999. By that time, a remarkably similar platform called ‘x.com’ had come into being. Musk served as the CEO of x.com. In 2000, the two digital payments firms got merged. However, combining the two firms did not turn out to be very successful. Elon Musk took over as the CEO in April 2000 and was fired in October 2000.

Later, Peter Thiel took over as the CEO and the company got re-christened PayPal in June 2001.

It seems Elon Musk is getting ready to launch a similar external bid to take complete control of Twitter soon. Why else would he refuse to become a part of Twitter’s board of directors?

A full blown Serbia-Kosovo War is well on its way

LBVS Meaning with Explanation and Definition