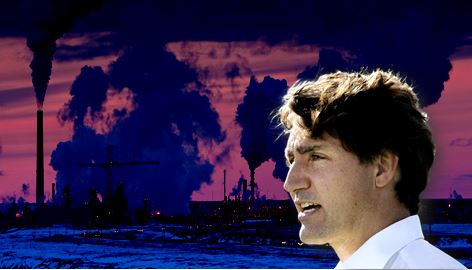 “The entire world is moving toward higher energy efficiency,” remarked the Canadian Prime Minister Justin Trudeau, when announcing the ‘Green Agenda’ strategy in 2018.

But now he appears to be having a change of mind, as the Ukraine-Russia conflict hits hard on Canada’s economy. Prime Minister Justin Trudeau’s government recently gave the Green Signal to a $12 billion offshore oil project proposed by Norway’s Equinor ASA. A big victory for the country’s fossil-fuel industry but a terrible loss for the environmentalists.

Trudeau’s call for a Green Canada

Trudeau and his Liberal Party once appeared to be heading to a solid start in implementing their election promises on climate change after winning the federal election on October 19, 2015. They vowed to make Canada a greener hub with no fossil fuel extraction. Trudeau pledged to rely more on non-fossil fuels and aimed to phase out traditional coal-fired electricity in the country by 2030. Canada’s nationally determined commitments under COP21, include achieving the target of net-zeroing emissions by 2050.

He has even put in various efforts in the direction to support the global community efforts. For instance, he announced the setting up of funds for the Climate Investment Funds, Accelerated Coal Transition Investment Program, to help developing countries transition from coal-fired electricity to clean power as quickly as possible.

However, with the Ukraine war looming big over Canada, plus the inflation and food prices skyrocketing, Trudeau is now taking a U-turn on his climate change initiatives.

His approval of the Equinor Bay du Nord project undermines his own climate agenda. The move has been criticized heavily by the prominent environmentalists and climate change activists in the country.

Greenpeace Canada said, “The decision will only deepen the climate crisis and global addiction to planet-wrecking fossil fuels.”

In fact, the Liberal party website mentions, ‘As Liberals, we are focused on solutions that cut pollution, protect our environment, spur world-leading clean innovation, create jobs in every province and territory, and grow the middle class’

For a long time, Trudeau believed he would follow Biden’s lead on the climate change issue. Both even committed to working together to fight climate change. Trudeau, like Biden, scrapped a number of initiatives that were impeding his climate change mitigation efforts. However, in midst of the Ukraine crisis, it seems that Trudeau has dumped Biden’s vanity project for small economic gains.