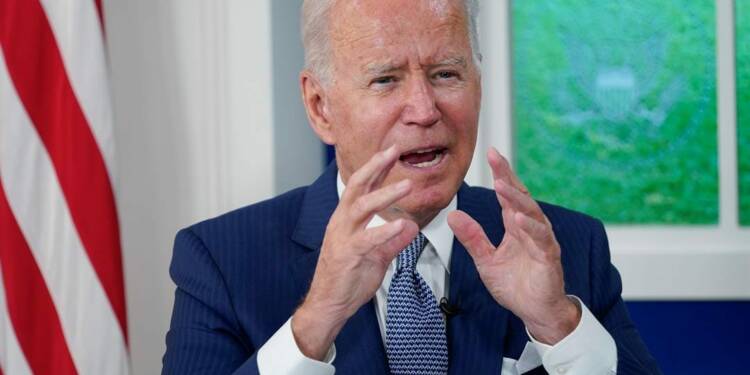 The European Union has for a while started its decoupling from the USA and the administration of Joe Biden has exacerbated the efforts. Now Brussels is not even shying away from overtly expressing the same. The Biden administration a while back reversed his predecessor Donald Trump’s decision to support the proposed EastMed natural-gas pipeline from Israel to Europe.

Now, the EU has realised that Joe Biden would never want the continent to be energy independent. As the realisation has dawned, Europe is going ahead with the fossil powered submarine electricity project, openly defying Biden’s green agenda. The European Union has committed 657 million euros to the first phase in linking Israel to the European power grid.

As per reports, on Wednesday, the European Union pledged 657 million euros ($732 million) to connect Cyprus and Greece’s electrical networks as the first step toward constructing the EuroAsia interconnector, which will eventually connect Israel, Cyprus, Greece, and Europe’s power grids.

The EuroAsia interconnector will connect Israel, Cyprus, Greece, and Europe via a 1,208-kilometer undersea cable, providing an “energy highway” between Asia and Europe. The connection will ensure a reliable supply of electricity sourced from both Cypriot and Israeli gas reserves as well as renewable energy sources.

“Recent months have reminded us again how crucial a well-integrated EU energy market is for ensuring affordable energy and security of supply, as well as the clean energy transition,” said Kadri Simson, the European Commissioner for Energy. “While we have made remarkable progress in the last decade with making our market better connected, more can and should be done. I want to particularly highlight the EuroAsia interconnector, that will bring an end to the energy isolation of Cyprus and link it to the rest of Europe,” he added.

The EuroAsia Interconnector’s Project Promoter thanked local and European officials for their continued cooperation and support on the project, emphasising that it has “been decisive and essential” because it “ends the energy isolation and connects Cyprus to the single European energy market” as a European Project of Common Interest.

The additional money is part of a 1.037 billion euro investment in five cross-border infrastructure projects under the Connecting Europe Facility for trans-European energy networks, which was authorised by the European Commission.

In June last year, the EU pledged to become climate-neutral by 2050. And this has aggravated the EU’s energy crisis over the past year. For instance, Polish Prime Minister Mateusz Morawiecki last year had blamed the EU’s green climate policies for the rising gas prices. And a few months later, the EU has now realised that it is running against the time in its quest to please Joe Biden.

A France 24 report had revealed that the EU is planning to label energy from nuclear power and natural gas as “green” sources for investment despite internal disagreement over whether they truly qualify as sustainable options. If this proposal is backed by a majority of the EU states, it could become law this year. This means that EU countries would be allowed to use gas and nuclear energy for meeting their energy demands despite opposition from the US.

While this was a significant development in itself, the fact that another project that utilizes fossil fuels has gotten overwhelming support by the European Union consolidates the change in EU’s policies vis a vis its dependence on the USA.

Unlike the current US administration, the EU does care for its citizens. It won’t let them die under the burden of back-breaking inflation and the burgeoning gas crisis. It won’t leave its people to fend for themselves at the expense of the low income and vulnerable strata of Europeans; just to help Biden materialize his selfish goals.

Be the reason someone smiles today: Quotes to be nice