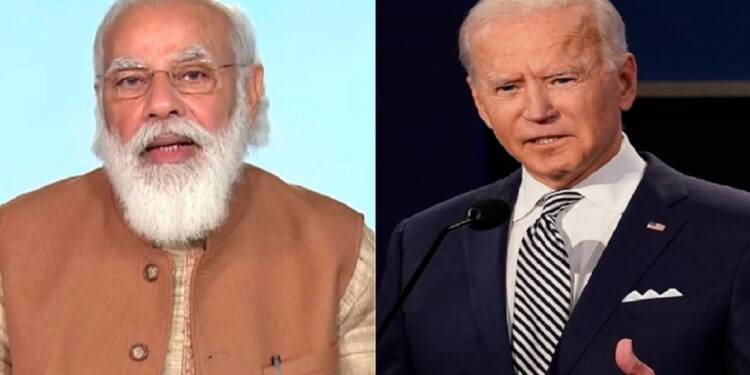 The US appears angered by India’s pro-Russian stance amid the Russia-Ukraine conflict. Despite the US’s repeated threats to stand up to Russia, India has effectively withstood the US pressure. New Delhi has consistently abstained from voting in UNSC votes against Russia. It has managed to avoid the pressure even during the ongoing 2+2 debate.

US Secretary of State Antony Blinken, said, “We regularly engage with our Indian partners on these shared values (of human rights) and to that end, we are monitoring some recent concerning developments in India including a rise in human rights abuses by some government, police and prison officials”.

Nevertheless, the fourth ‘2+2 strategic dialogue’ between the US and India is underway. The dialogue is essentially about the meeting of India’s foreign minister and defense minister with their counterparts from the US and the discussions over important security issues around the globe. But this year’s dialogue is notable for two reasons: first, the ongoing crisis between Ukraine and Russia, and  India’s veiled pro-Russia attitude amid the conflict. Second, the Indian prime minister and the US president Joe Biden met virtually on the sidelines of the dialogue.

Since Russia invaded Ukraine, The US has led the international coalition against Russia and offered military support to Ukraine, and even went to nudge India to take a stronger position against the Russian invasion and reduce its energy, defense, and economic engagement with Russia.

The US anticipated India to take an anti-Russian stance amid the conflict, but India consistently abstained from voting in the UN Security Council. To exert more pressure on India, the US sent Daleep Singh, its Deputy National Security Advisor for International Economics, on a two-day visit to the country. Daleep Singh cautioned, or rather, warned India against adopting a pro-Russian position. However, India was able to withstand the pressure and preserve its position.

The US has been retaliating since then against India’s stance and threatening India at times by warning New Delhi that they are not exempted from sanctions. India, on the other hand, was not intimidated and instead signed an oil agreement with Russia, which to Biden’s surprise was done in rubles rather than dollars.

Even during the ongoing ‘2+2 dialogue,’ India has been subjected to a great deal of pressure. The Biden administration has made it clear that it does not want Russian energy imports to increase significantly. India, on the other hand, did not abandon its neutrality.

Lately, at a news conference Subrahmanyam Jaishankar, India’s external affairs Minister rebuffed a query on India’s energy purchases from Russia, stating that the focus should be on Europe, not India.

“Probably our total purchases for the month would be less than what Europe does in an afternoon,” he said.

When the US failed to persuade India to change its attitude toward Russia, it moved to the Human Rights issue as a weapon against India, albeit the claims against India stand unfounded without any solid backing. It is rather interesting to note that, Biden entirely disregards China’s human rights atrocities in Tibet and against Uighurs in northwest Xinjiang while hurling tirades at India for the groundless claims of abuses. This obviously shows that Biden and his supporters are ramping up their voices in order to conceal the US president’s failure to garner India’s backing.