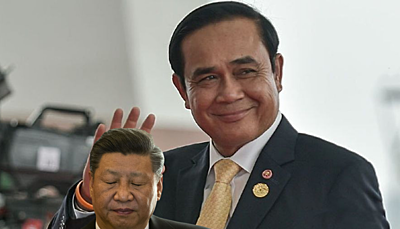 It seems no country can rely on Chinese defense equipment. The shared experiences of many countries give the opinion that these are extremely substandard quality equipment. Thailand recently canceled a submarine deal with China on the same grounds. The arrangement stipulated that the submarine’s engine must be manufactured in Germany. However, China was unable to import one since Germany’s rules prohibited it from supplying the engine to China.


In 2017, the Royal Thai Navy and China Shipbuilding & Offshore International Co., or CSOC, sealed a $402 million deal for the Yuan-class S26T submarine. As per the deal, the Submarine is to be fitted with three MTU396 diesel engines to be procured from Germany’s Motor and Turbine Union Company. However, according to a policy enacted by the European Union in 1989 in response to China’s Tiananmen Square crackdown, the EU is not permitted to export military-related technology to China.

However, there is a loophole in the law: dual-use equipment that can be used for both military and civilian purposes is not prohibited under the EU embargo. According to numerous accounts, China takes advantage of this loophole by importing military-grade equipment under the pretense of civilian use.

When word of the Thailand-China submarine deal broke, Germany realized that the exported engine would be utilized for military gear. As a result, China is currently having difficulty obtaining the submarine’s engine. Philipp Doert, Germany’s defense attaché to Thailand, confirmed his government’s decision to refuse China the engines in an open letter to The Bangkok Post in February.

He wrote, “The export was refused because of its use for a Chinese military/defense industry item” “China did not ask/coordinate with Germany before signing the Thai-China contract, offering German MTU engines as part of their product.”

In the midst of this, the Thai government canceled the contract because it wanted the submarine to be equipped with a German-made engine. The amusing element is that China is ready to provide Thailand with an alternative to the German engine. China is requesting that Thailand adopt Chinese engines or accept a secondhand submarine, similar to what China did with Myanmar last year.

However, Thailand has thus far declined the offer. A Thai navy spokesperson told Nikkei Asia, “China has not directly informed us of an alternative,” “We demand the delivery of a submarine equipped with a German engine as contracted.”

When China has a history of selling poor technology to its so-called defense partners, such aversion to Chinese engines is understandable. Though China has surged into fifth place as an exporter of weaponry, the quality of the arms delivered is low and inadequate.

Other countries, such as Myanmar and Nepal, have also become dumping grounds for China’s old and sub-standard technology. In light of this, Thailand’s decision to cancel the submarine contract with China was a wise one.